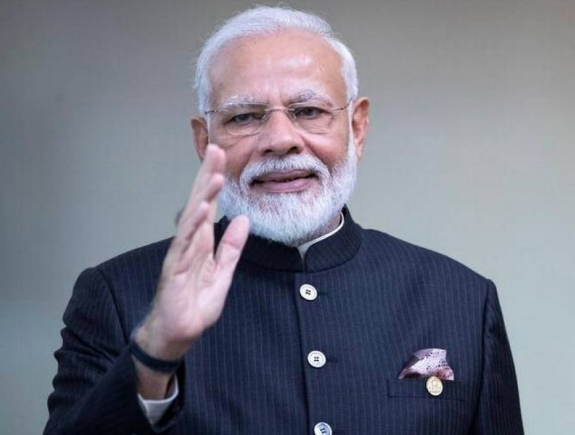 On Friday, Indian Prime Minister Narendra Modi attended the first meeting of the National Ganga Council in Kanpur. In this, the next phase of the Namami Gange project and the new action plan were discussed. After this, Modi also sailing the Atal Ghat to observe the impact of the project. Prime Minister tripped on the stairs of the ghat. During this time, the SPG personnel present along with him took over. A double-decker motorboat was called from Prayagraj for sailing.

The part of the Ganga river flowing in the land area in Kanpur is considered to be the most polluted. From this meeting to be held in Kanpur, the government wants to send a message that it is serious about the Namami Gange project. Making the Ganga and its tributaries continuous is on the BJP's agenda. The Namami Gange project was launched by the central government in 2014 to end pollution and revive Ganga and its tributaries. Its responsibility has been given to the Union Ministry of Water Resources, River Development, and Ganga Rejuvenation. The duration of the project is 18 years. The government has set a budget of 20 thousand crores on the cleanliness of the river by 2019-2020.