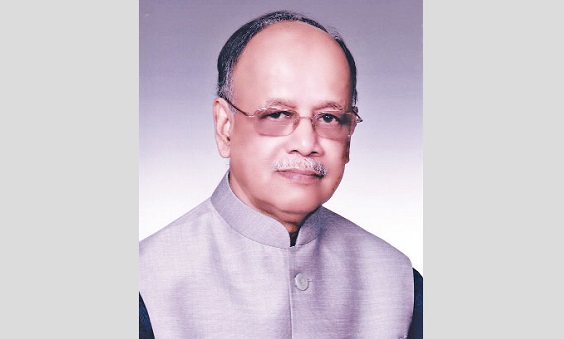 President M. Abdul Hamid is the Ex-officio Chancellor of all the universities in the country. Amongst other things, a Chancellor is expected to perform is to preside over the convocations of all the universities of the country. In his absence he may delegate this responsibility to any person of his choice. Usually it is the Education Minister who is asked to shoulder this responsibility. As the Chairman of the University Grants Commission, couple of times I also had the privilege of representing him. Besides that, during my four year tenure as the Chairman, I was also fortunate enough to accompany him in practically all the convocations of the universities in the country and speak as a Special Guest. Sometimes I was also asked to draft some of his speeches. 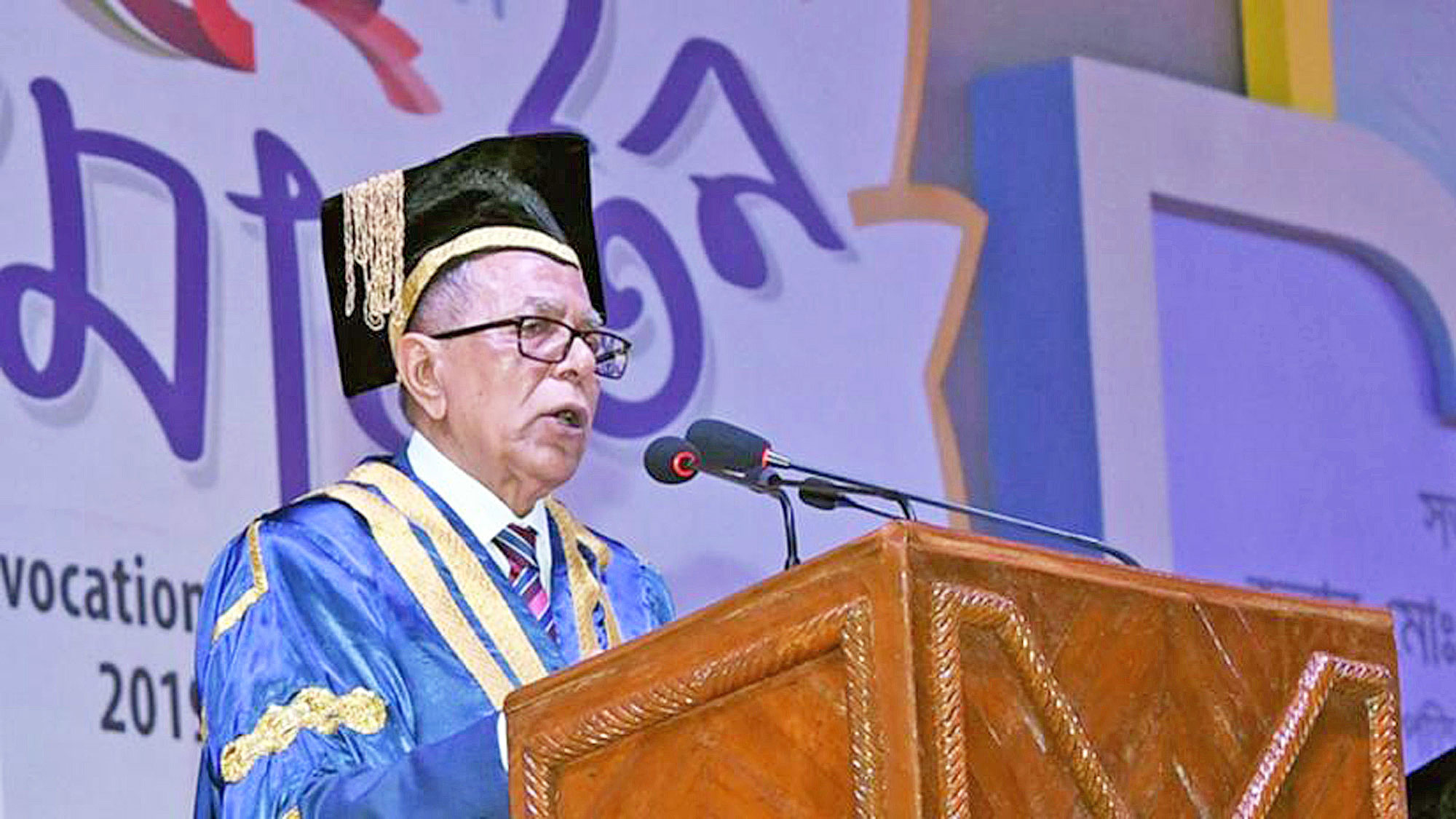 I found the Honourable President an exceptional person, rich in humour and could understand the ground reality of the prevailing condition in our education system and often voiced the concern of both students and parents alike. With all seriousness once he requested the vice-chancellors of public universities to have a combined admission test in all universities of the country so that students can avoid all the hassles of travelling from on part of the country to another. Unfortunately his requests went unheeded till this year when seven agriculture universities of the country successfully conducted a uniform admission test. The Vice-chancellors   and the administration of these seven universities must be congratulated and credit must be given to the member of the UGC who took the initiative during my tenure to make this happen.

On last Monday, the Chancellor was very clear and bluntly spoke on few things while speaking at the 52nd convocation of the University of Dhaka that needs close attention of all   public university administration and the teaching community. The Chancellor’s observation of the prevailing situation in the country’s public universities is more significant as he was speaking in the convocation of a University, which is the premium university of the country that has produced some of the greatest sons of the soil and was once led by great Vice-chancellors. This was perhaps the only university in the world which played important roles in many popular movements of the country including our Liberation War. About the Vice-chancellors and teachers, he commented that some of them forget their primary duties once they are appointed a Vice-chancellors or to a non-academic administrative post.

The issue of research is often very sensitive. Some of the university teachers often complain that enough funds are not available to conduct research. This statement is far from true. First, under a Government of Bangladesh and World Bank funded project commonly known as Higher Education Quality Enhancement Project (HEQEP), which began in 2009 and successfully completed in December of 2018 that included a budget of $246 million of which $44 million came from GoB fund and the rest $206 from the IDA (World Bank) literally transformed the higher education scenario in the country. This money was spent in different public universities and selected private universities of the country to enhance their research capabilities and improve teaching and learning environment in universities. State of art laboratories were built practically in all public universities, library was digitalized, connectivity was established amongst universities and an Accreditation Council was established under this project. A good number of researchers used the funding and the facilities made available under this project to do research and some of them came out successfully in conducting world class research. For the first time in the history of such projects the IDA in its final review concluded saying the project ended with a ‘Highly Satisfactory’ note with 92 percent disbursement. It surely made the UGC proud.

Seeing the capability of the UGC in handling such big projects a new project titled HEAT (Higher Education Acceleration and Transformation) was initiated with a total cost of US$ 600 million, half of which would come from Bangladesh exchequer. The project involved participation of higher education institutions from Bangladesh, Afghanistan, India, China and Nepal with UGC being the implementing authority. Meetings were held amongst stakeholders including Bangladesh’s Ministry of Education, UGC, Planning Commission and the World Bank Dhaka Mission. What happened later I am not sure. But it can be safely said if the project is successfully implemented the higher education will go through further qualitative change.

Besides these projects the government has funnelled a good amount of money through UGC to all public universities to be used for research. Additionally, UGC from its own budget, have tripled the budget for research work by the university teachers beginning from 2016-17 fiscal year. Unfortunately most of the universities could not spend the money earmarked for research and while preparing the 2017-18 and 2018-2019 budgets UGC did a fact finding as to how much of the money allocated in the previous budget was spent for research in different universities. The answer was disappointing. In one large university practically half of the money budgeted for research was reallocated in other heads. What was alarming was when the Vice-chancellor of one of the universities, just before the closing of the financial year, distributed the budgeted amount amongst his colleagues equally, never mind the research. That Vice-chancellor had to finish his tenure in a shameful manner.

The UGC invited research projects from all university teachers in the country which would be funded from the UGC budget. In 2018 only nine research projects were received from thirty five faculties of a particular discipline which happens to be the most popular discipline in all public and private universities of the country. It was frustrating.  The Chancellor also rightly pointed out that most of the research papers written now are more for promotion rather than basic research, the only exception being in science subjects.

The Chancellor also said that today most of the university graduates are not trained in skills and knowledge that are useful. He was stating facts. Most of the curriculums taught in our universities are seldom updated and many of the teachers are reluctant to update their curriculum. They are more glued to decade old text books and notes, not realizing that the world of knowledge is changing.

Usually the speeches delivered by the Chancellor are drafted by someone from the institution concerned. Then it is finalized by the Chancellor’s Secretariat. Perhaps the speech the Chancellor delivered in the 52nd Convocation of University of Dhaka on Monday was drafted by someone outside of the university and he spelled out nothing but the truth. If such truth came from someone else, then it would have been blasted by a section of the university community. From someone who has been in the teaching profession for about four and half a decades I can just say, ‘Thank you Honourable Chancellor. You have spoken the mind of people who often express their disgusts on the prevailing situations in most of the public universities.’

On Wednesday the UGC served a notice to all universities to stop evening courses.  We have to wait to see how this is taken by the universities concerned.

The author is an analyst and a commentator.