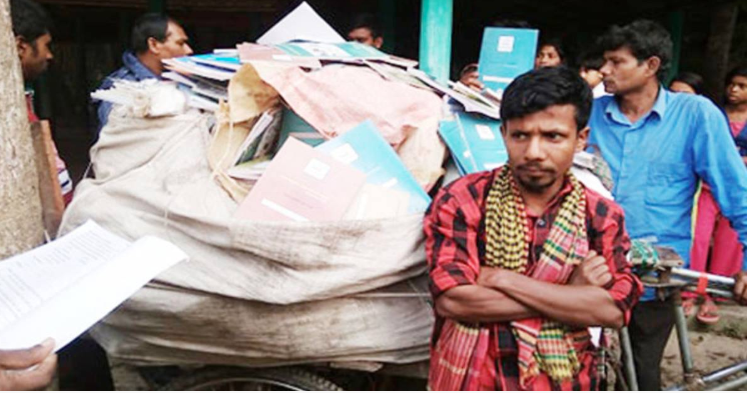 Police detained a hawker with textbooks weighing 240kg from in front of Moyna Baroari temple in Boalmari upazila on Thursday evening.

The arrested was identified as Owdud.

Palash, sub-inspector of Boalkhali Police Station, said they detained the man acting on a tip-off with textbooks of class six to nine of the academic years 2017 to 2019.

Owdud said he bought the books from Moyna AC Bose Institution’s Headmaster Mokhlesur Rahman but the latter rejected the claim.

Violation of the directive will be punished, Rakibul said, adding that a case will be filed in this regard.