PM Hasina 29th most powerful woman in the world: Forbes 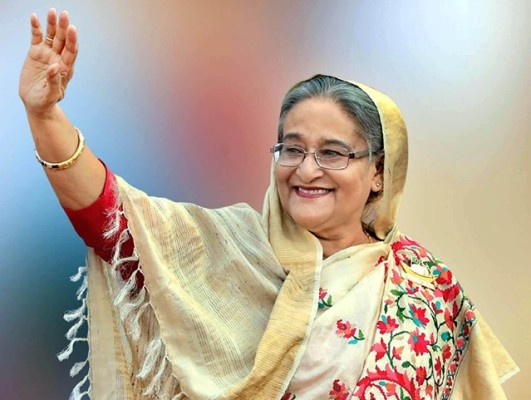 Prime Minister Sheikh Hasina has been ranked 29th in this year's Forbes list of the World's 100 Most Powerful Women.

The US-based business magazine published its 16th annual list, available on the website of its Asia edition, on Friday.

The Forbes 2019 list of ‘The World's 100 Most Powerful Women’ has been topped by German Chancellor Angela Merkel, followed by President of the European Central Bank Christine Lagarde in the second spot and Speaker of the US House of Representatives Nancy Pelosi, ranked third.

“In 2019, women around the globe took action, claiming leadership positions in government, business, philanthropy and media. These trailblazers are not to be messed with," Forbes said.