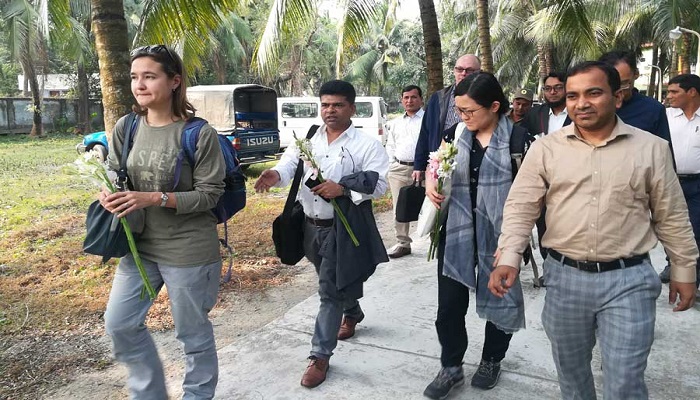 A delegation of the United Nations visited the world's largest mangrove forest Sundarbans to assess its present biodiversity condition.

The four-member team, accompanied by high officials of the Forest Department, began the visit from Mongla in Bagerhat, boarding a vessel named "Ban Bilash" on Wednesday afternoon.

The high-powered team consists of two experts each from United Nations Educational, Scientific and Cultural Organization (UNESCO) and the International Union for Conservation of Nature (IUCN).

The team will be evaluating the impact caused by the various industries established surrounding the World Heritage Site, particularly the under-construction coal-based power plants at Rampal in Bagerhat, Taltoli in Barguna, and Kalapara in Patuakhali.

Meanwhile, the Forest Department cancelled the leave of all the officials and employees of different stations and patrol outposts in the Sundarbans centring the visit.

Based on the data collected by the team, The World Heritage Committee of UNESCO will reveal a detailed report concerning environmental threat on the biodiversity of Sundarbans.

In June 2019, the IUCN, the official adviser on natural World Heritage, recommended that UNESCO should list Sundarbans as a World Heritage Site in Danger.