What Greta Thunberg does after Brazilian president calls her ‘Brat’ 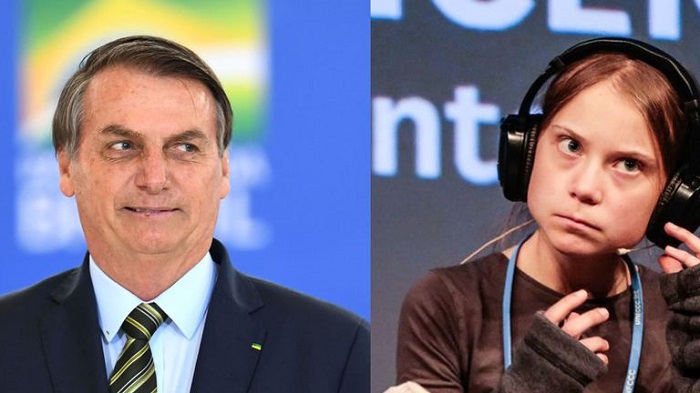 "Greta has said that the Indians died because they were defending the Amazon. It's amazing that the press gives space to this kind of pirralha," Jair Bolsonaro told reporters in Brasilia, as cited by CNN.

Bolsonaro's statement was in response to a tweet by Greta Thunberg , 16, that referred to the death of two indigenous men of the Guajajara tribe.

"Indigenous people are literally being murdered for trying to protect the forest from illegal deforestation. Over and over again. It is shameful that the world remains silent about this," Thunberg had tweeted on December 8.

16-year-old Greta Thunberg is the face of the youth climate movement. She was named the Time Magazine's person of the year 2019 on Wednesday becoming the youngest person ever to be the recipient of the title.