BNP-Jamaat tried to drive Hindus out of country: Nanak 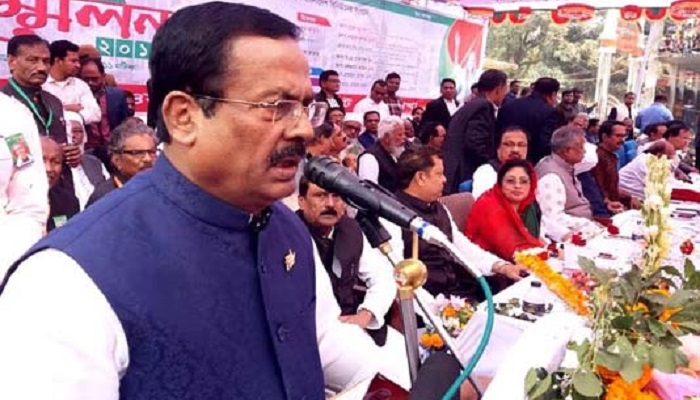 Awami League (AL) Joint General Secretary Jahangir Kabir Nanak on Wednesday said that the cadres of BNP-Jamaat alliance tried to drive the Hindus out of this country but could not do so.

“He (Mirza Fakhrul) then thought that the BJP would put them (BNP) to power. Now, when BJP President Amit Shah said that minority torture increased in Bangladesh during the BNP regime, it wounds the liver of BNP and Mirza Fakhrul Islam Alamgir,” Nanak said.

The BNP-Jamaat said that Bangladesh would become India if AL is voted to power. There will be no mosque. “Therefore, Prime Minister Sheikh Hasina has planned to build a model mosque in each upazila,” he said.

Raising the statistics of massive development conducted by the AL government before the party leaders and activists, Nanak said that the AL has established the politics of vote and rice.

“No more Basonti can be found in the northern region from where the seasonal curse of ‘monga’ has also been eliminated by the present government led by Prime Minister Sheikh Hasna,” he said.

However, there are few media that sometimes try to find a Basonti.

“AL has been struggling since its inception. It is a disciplined political party of Father of the Nation Bangabandhu Sheikh Mujibur Rahman and his able daughter Sheikh Hasina,” he said.

“We have liberated the country through the War of Liberation. We have to expel intruders from the party. We cannot sacrifice the huge achievements of Sheikh Hasina for the conduct of few wrong-doer activists,” Nanak added.