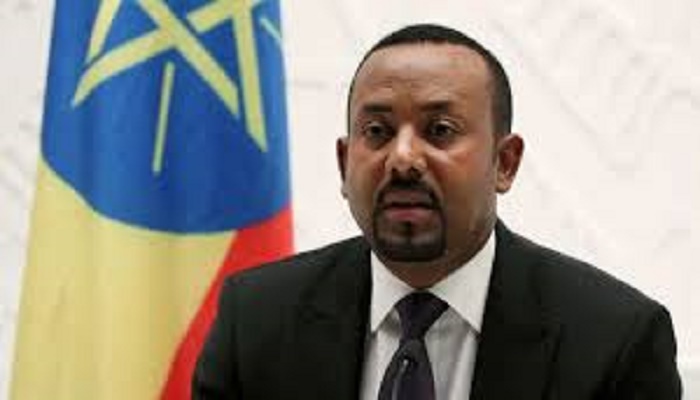 Ethiopian Prime Minister Abiy Ahmed will collect his Nobel Peace Prize in Oslo of Norway Tuesday, but as ethnic violence rises at home he has kept festivities to a minimum and refused media requests, reports AFP.

Hailed as a modern, reformist leader, Ahmed’s decision to skip all events with the press has dismayed his Norwegian hosts.

Africa’s youngest leader at just 43, he is to receive the prestigious award at a ceremony in Oslo’s City Hall at 1:00 pm (1200 GMT), attended by the royal family and Norwegian public figures.

The Nobel Committee announced in October it was honouring Abiy for his efforts to resolve the long-running conflict with neighbouring foe Eritrea.

On July 9, 2018, following a historic meeting in Eritrea’s capital Asmara, Abiy and Eritrean President Isaias Afwerki formally ended a 20-year-old stalemate between their countries in the wake of the 1998-2000 border

The other Nobel prizes for literature, physics, chemistry, medicine and economics will also be handed over on Tuesday, but in Stockholm of Sweden.