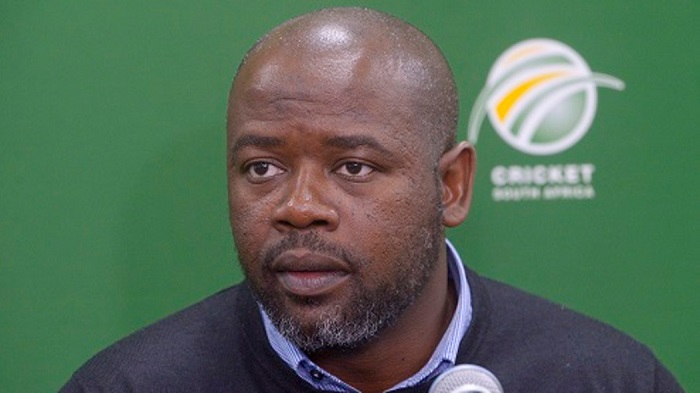 Thabang Moroe, the chief executive of Cricket South Africa, has been suspended with immediate effect, but with full pay, following allegations of misconduct.

An investigation into his actions, which will include an independent forensic audit, is expected to be conducted soon.

Chris Nenzani, the CSA president, has been tasked with appointing an acting chief executive for the duration of Moroe's suspension. Nenzani has been mandated to look at all options, including holding discussions with Dave Richardson, the former South Africa cricketer who was ICC chief executive till recently.

Moroe's suspension comes after five days of mounting pressure on CSA's administration. There have been calls from several quarters for Moroe and the CSA Board to step down in the wake of a full-blown crisis spanning management, player and media relations, and financial affairs.

The catalyst for the recent sequence of events was the revoking of accreditation of five journalists on Sunday during the Mzansi Super League.

No reason was given for the sanction but on Monday morning, Moroe told a national radio station that the board was unhappy with the reporters' coverage of CSA.

By then, CSA's actions had been condemned by the South African National Editors' Forum, South African Cricketers' Association, and men's Test and ODI sponsors Standard Bank, who also summoned CSA to a meeting that afternoon.