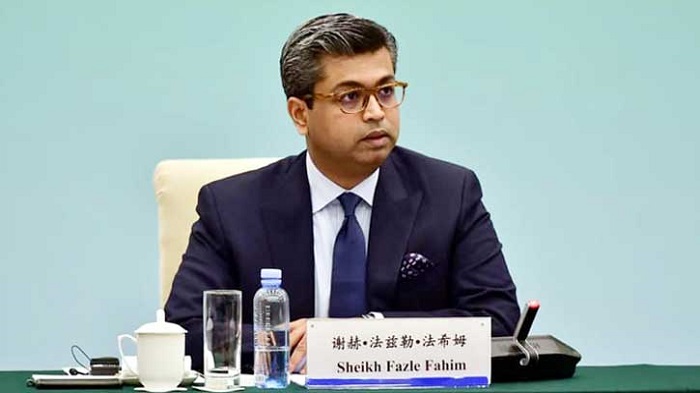 Expressing concern over the fact that interest rates of Bank have not been cut yet, FBCCI president Sheikh Fazle Fahim has raised question over the task of finance minister AHM Mustafa Kamal and criticised him for not playing ‘adequate role’ in this regard.

The president of the Federation of Bangladesh Chambers of Commerce and Industry (FBCCI) expressed the concern while addressing the inaugural ceremony of the 3-day long Ceramic Expo Bangladesh -2019 as special guest at the International Convention City, Bashundhara (ICCB) in the capital on Thursday.

Sheikh Fazle Fahim said, “Eleven months have passed since the finance minister took office. Now, he (Finance Minister) tells us, entrepreneurs are not doing business in the country due to high interest rates, imposed by the lenders.”

“Did he go into hibernation during this period? I want to ask him what he has done to facilitate the restructuring of banking sector of the country,” he inquired.

Sheikh Fazle Fahim also said, “He gave the statement at the time, when business men were expressing their concerns and disappointment over the high interest rate. He might be going into hibernation for next 5 months again. It is very gruesome notion from him.”

“I think we have to ‘grow challenges’ in a concerted way to overcome these obstacles,” the FBCCI president said.

Commerce Minister Tipu Munshi was present at the event as the chief guest.

He said that though bankers have taken many advantages from the government but they haven’t cut on the interest rate.

“The bankers have taken opportunities but did not cut interest rate. It is impossible to carry on with business with 12-14 percent interest rate,” he added.