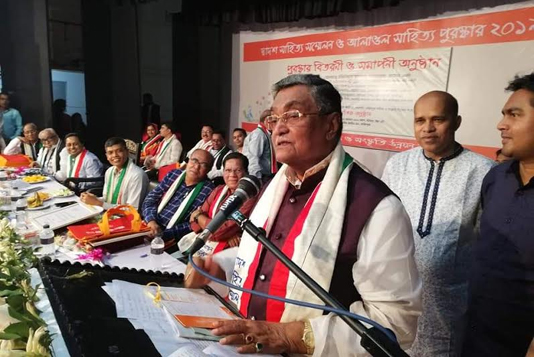 Six distinguished litterateurs have been honoured with “Mohakobi Alaol Literary Award -2019” this year for their
outstanding contributions in literary works.

Engineer Khandker Mosharraf Hossain MP , Awami League Advisory council member and Chairman of the Parliamentary Standing Committee on ministry of LGRD and Cooperatives handed over the awards to the recipients.

The recipients were given mementos of FSOSUS and a cheque amounting to TK ten thousand each for Alaol Literacy Award-2019.

Besides’ poets, writers, columnists and literary connoisseurs across the country attended the literary function.