Panchagarh woman burnt to death in her shop 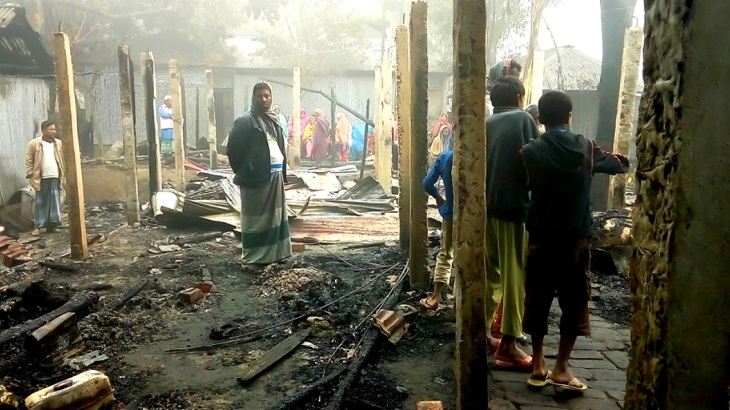 A woman died in hospital Monday after suffering severe burns in a fire that broke out in Taltala area of Debiganj upazila.

The victim was identified as Sweety Aktar, 45, wife of Suruzzamal of the area.

Both the Fire Service and police said that Sweety, who ran a shop in the area, was transferring petrol into a small container from a large jar holding them above a lit candle during load-shedding on Sunday evening.

The extremely flammable petrol that had spilled out led to a fire that spread around the shop. The fire also destroyed nine houses and burnt nine cattle, said Domra Fire Station Officer Farhad Hossain.