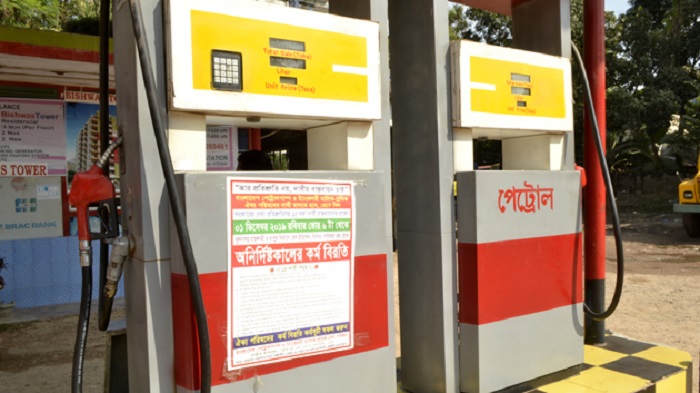 Petrol pump owners and workers postponed their strike until December after they held a meeting with the high ups of Bangladesh Petroleum Corporation (BPC) at Segunbagicha in the capital on Monday.

Sajjadur Karim Kabul, president of a faction of Bangladesh Petrol Pump Owners’ Association, announced the decision 30 hours after they started an indefinite work abstention at all petrol pumps of Rajshahi, Rangpur and Khulna divisions.

He said that next decision will be taken on 15 December after an inter-ministerial meeting in this regard.

The associations on November 26 gave until November 30 to fulfill their 15 demands that include payment of 7.5 percent sales commission, introduction of accident insurance of Tk 5 lakh for tank lorry workers, and an end to police harassment.