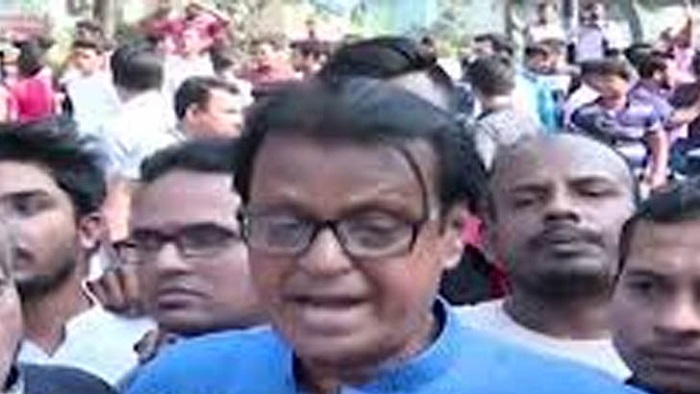 Police detained Ulfat around 3:00 am last night and took him to Shahbag Police Station.

A police official of Shahbagh Thana confirmed the arrest of Ulfat to media this morning.

He was arrested in charge of creating chaos by blocking road in the capital’s High Court area yesterday (Tueasday) while agitating for Khaleda Zia’s release, the police official said.

The official also claimed that BNP men were staging the protest without taking any police permission.

Ulfat was heading towards UK and was supposed to go to America after completion of his London visit, sources said.

About 15 or 20 people are named in the case while the rest are unidentified suspects, said Shahbagh Police Inspector Ariful Rahman. The charges against them range from obstructing government administration, arson to vandalism.

Addressing Ulfat's apprehension, BNP's Senior Joint Secretary General Ruhul Kabir Rizvi said the Detective Branch of Police detained him at the airport ahead of his flight to the UK around 2 am on Wednesday. He was later taken to the Shahbagh Police Station, he added.

The activists of a pro-BNP organisation and police personnel locked in a clash following the road blockage program by the party activists demanding Khaleda Zia’s release yesterday.