Banning rickshaws not a solution to traffic jam 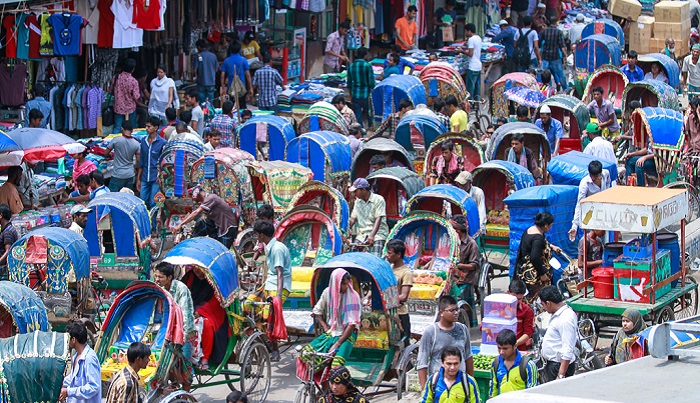 Mentioning that rickshaws are still a vital mode of public transportation in the capital, speakers at a roundtable discussion in the capital on Tuesday said banning those will not help reduce traffic jam in the megacity.

They also urged the government to find new means to rehabilitate rickshaw-pullers.

BILS Programme Consultant Khandokar Abdus Salam in his presentation noted the contribution of rickshaws to the rural economy.

“Around 11 lakh rickshaws are currently running in Dhaka city…nearly 85 percent rickshaw-pullers are landless but they’re contributing Tk 35-40 crore every year to the rural economy as local remitters,” he said.

Salam also said roads have become unsafe for slow-moving vehicles which should be addressed.

Jatiya Rickshaw-Van Sramik League General Secretary Insur Ali said the number of rickshaws has increased exponentially. “Back in 2006, the total number of licensed rickshaws was around 2 lakh but now the number has reached 11 lakh in the city…it should be decided how many rickshaws will be running,” he said.

Prof Dr MM Akash of Dhaka University’s Economics department said, “There should be separate lanes for rickshaws…each metro rail station should have a rickshaw stand to facilitate easier movement of passengers.”

“It depends on the diversification of the rural economy to determine how many rickshaws will be allowed to run in Dhaka city as many families depend on it,” he said.

Prof Dr Rezaul Karim of Jagannath University’s Sociology department said, “It’s not possible to cover a large part of Dhaka city under motorised public transport…as a result, there’s no alternative to rickshaws. However, the key reasons behind the traffic jam should be identified.”