Drug scanners to be installed in all ports 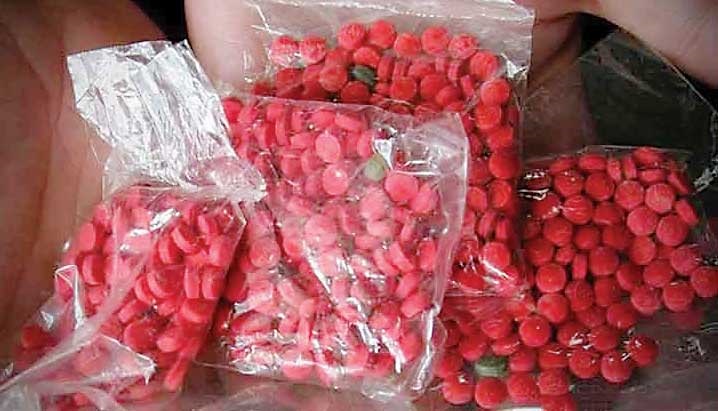 The government is going tough on the smuggling of Yaba and other drugs through ports in the country as smugglers are desperately changing routes to traffic in the narcotics.

As part of the war against drugs, the government is planning to set up modern scanning system with drug detection machines in all ports of the country.

In the latest move, the Home Ministry has made a series of recommendations, including installment of modern scanning system with drug detection machines in all airport, land and river ports.  Now, Yaba smuggling through Cox’s Bazar-Teknaf river port has somewhat come to a halt due to the strong vigilance of law enforcement agencies.

“We have found Yaba smugglers are now using Chattogram port through fridges for supplying the drug to Chandpur, Barisal, Khulna, Sadarghat and other places,” Director General of the Department of Narcotics Control (DNC) Jamal Uddin told the daily sun on Monday.

Besides, bordering districts like Rajshahi, Chapainawabganj and Sylhet are also used as new routes for the drug dealing, officials also said.

Private cars, trucks, buses and airports are also being used for the illegal trade.

The ministry suggested zero tolerance by BGB and Coastguard for checking Yaba smuggling in border areas across the country.

They also suggested introduction of a DNC-trained Navy Unit. The Drug Detention Unit should be renamed the 9th National Drug Squad.

Mobile tracking of smugglers, installation of CCTV cameras in smuggling zones and control of movement of Rohingyas outside camps can check Yaba smuggling, it recommended.

The courier services should be come to a scanner system to prevent the Yaba trading.

“We seize Yaba everyday….but its trade declines in Teknaf and increases in other river terminals and airports,” Jamal Uddin said.

He also said the department has seized 53.0 million of Yaba tablets in 2018.

“We have got a success when the visible Yaba trade will come down significantly,” he said.

In primary interrogation, the arrestees said they collected the tablets from one Babu of Teknaf. One Shahin of Faridpur brought the drug to Dhaka, the police official also further said.

On November 2, police seized a huge quantity of Yaba pills from Patuakhali, Cox’s Bazar and Jhenaidah in separate drives.

Police arrested four persons with 91,500 Yaba pills in the drives.

Tipped off, police set up a check post near Ramu Rubber garden area and intercepted a Chittagong bound bus. After searching the vehicle, they detained Abdur Rahman with Yaba pills and handed him over to police.

On August 22, several Indian syndicates smuggled many Yaba pills from Myanmar and then sent them into Bangladesh through their carriers.

Detective police disclosed the information after the first ever arrest of an Indian national with Yaba tablets in Bangladesh.

DB officials said they unearthed at least two cases in which two Indians were found to have entered Bangladesh and engaged in selling the crazy pills to local dealers.

In July last year, Yaba smugglers were using Mizoram, Meghalaya and Assam to bring in Yaba from Myanmar.

Besides, smugglers were found to be using the Bay to smuggle the pills into Bangladesh through southern districts, law enforcers said.