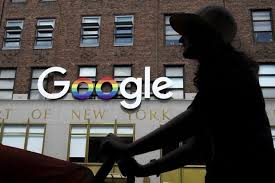 Google on Monday fired four employees on the grounds they violated data security policies, prompting ire among colleagues concerned it was retaliation for worker organizing.

One of the workers fired was connected to a petition against Google working with the US immigration and border patrol agency. She confirmed her firing in a message posted on Twitter.

A memo to employees titled “Securing our data” sought to correct what it contended was misinformation about the purported wrongdoing, saying it involved “systematic searches for other employees’ materials and work,” according to reports by US media.

However, a Medium account connected to a massive walkout by Google employees last year argued that the four workers were fired in an attempt to crush efforts to organize staff.

“Four of our colleagues took a stand and organized for a better workplace,” read the post by Google Walkout for Real Change.

“When they did, Google retaliated against them.”

Authors of the post contended that Google policies on data security were tightened to provide cover for getting rid of workers involved in efforts to unionize.

“They think this will crush our efforts, but it won’t,” the Medium post said.

“One of the most powerful companies in the world wouldn’t be retaliating against us if collective action didn’t work.”

Google, the money-making engine of parent company Alphabet, did not respond to a request for comment.

The Google workplace long seen as a blend of fun, good-will and free food has been disrupted by employee opposition to top-level decisions ranging from making contracts with the military to tailoring a version of the search engine for China and the handling of sexual misconduct allegations.

Google employees poured out of buildings at the company’s Mountain View campus a year ago, filling courtyards and patios in solidarity with co-workers who staged similar demonstrations at offices in countries around the world to protest the company’s handling of sexual misconduct.