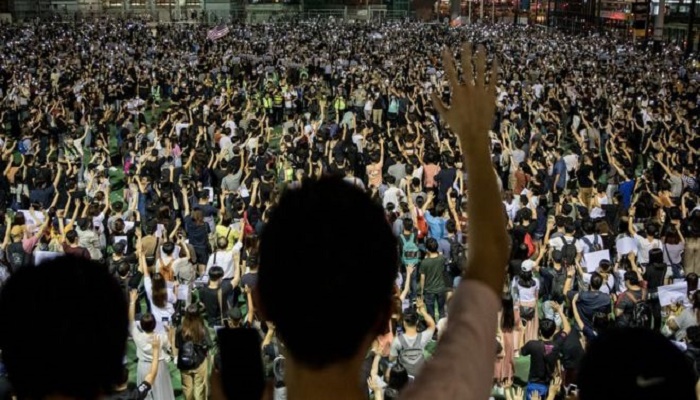 The child, who cannot be named, was arrested on his way to school the day after a demonstration in October.

He admitted causing criminal damage by spray-painting slogans on a police station and a metro station, and will be sentenced next month.

There have been more than 5,000 arrests since the protests started in June.

A number of these have been children between the ages of 12 and 15, although this is the first time one of them has been convicted.

The officer then followed the boy home and waited outside all night, according to South China Morning Post.

When the child left for school at 07:00 (23:00 GMT) the following morning, the officer intercepted him and conducted a search of his home, where black paint was found.