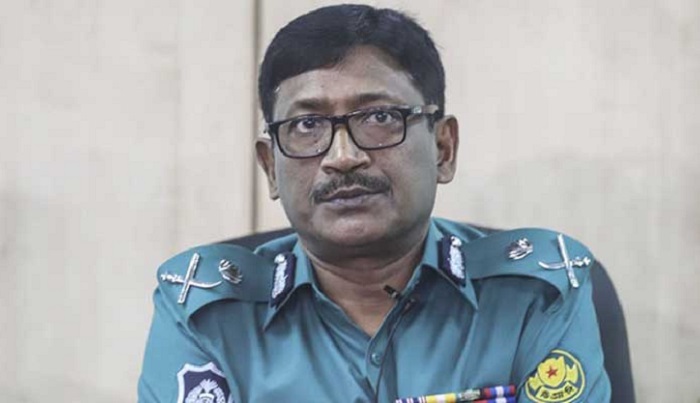 Dhaka Metropolitan Police (DMP) Commissioner Md. Shafiqul Islam on Thursday said that there is no alternative to bringing discipline on roads across the country. And for that the new Road Transport Act (RTA)-2018 has to be implemented.

The DMP commissioner came up with this observation while speaking at a discussion held at Rajarbagh Police Lines in the capital today.

Shafiqul Islam branded the new RTA as the last chance saying this law was formulated to ensure discipline and safety on the roads. We, transport owners, workers, and police, have to work together for ensuring people’s safety and implementing regulations.

Mentioning that after getting the charge of DMP commissioner, he asked traffic police there is no target of collecting fine or putting cases. The fine collection is not the objective of traffic police neither the government. The law aims to encourage people for restraint on roads.

“It is our last chance to bring discipline on roads as we have new laws. If we, owner-worker-police combine, failed this time ensuring safety on roads and our children take the road once again then none of us—whoever we are, me the Police Commissioner and you might be the top leader of the transport owner association—can escape from their outrage,” said Shafiqul Islam.

“Our children all together would throw us out of roads. You cannot ply vehicles on the road neither I would perform my duty,” he added.