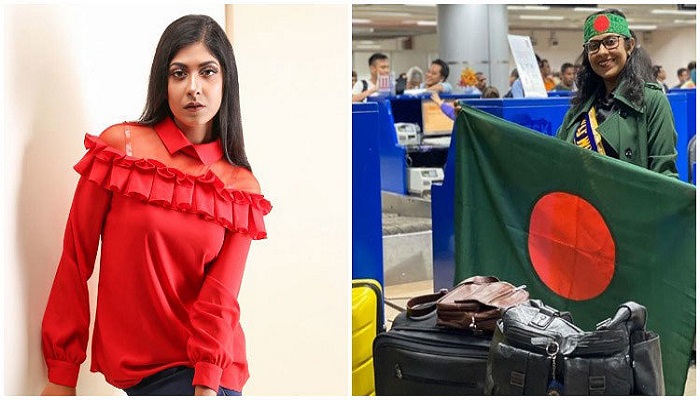 Miss World Bangladesh-2019 champion Rafah Nanjeba Torsa will be representing Bangladesh directly in the main episodes of the ‘Miss World’ competition. She already left for London in a flight at 1.00 am on Wednesday, was confirmed in her social media site.

Earlier, Engineer Mehedi Hasan from the organiser company Omicon Intertainment saw Torsa off at Hazrat Shahjalal International Airport. At the time of departure she tied the national flag on her head.

Torsa also sought blessings from all the people to bring pride and success for Bangladesh. She engaged herself in various women and children development workshops.

She will be competing more than 170 contestants from around the world in London this December. The gala round will take place on December 15 prior to that the contestant have prove their talent in different rounds.

Though she lived in Chattogram her home district is in Kutubdia in Cox’s Bazar.