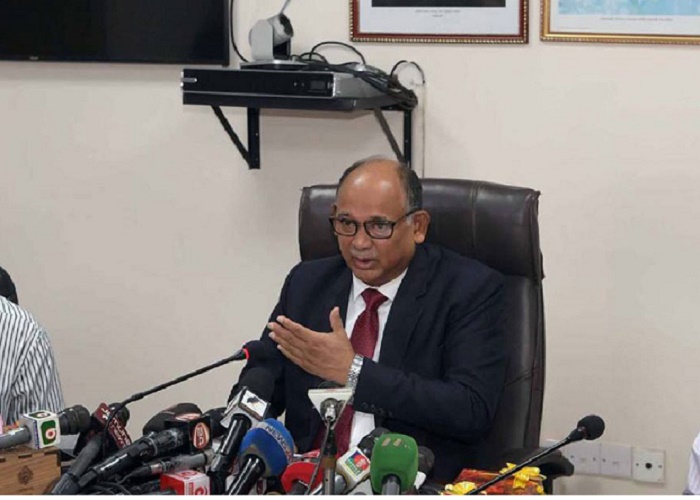 Reports of the three investigation committees, formed to look into the recent Turna Nishita Express train accident in Brahmanbaria, have found three railway employees responsible for the tragedy.

“Out of five probe committees, three probe bodies have found responsible three officials of Turna Nishita Express train for the accident in Brahmanbaria,” Railways Minister Nurul Islam Sujan told reporters at a briefing at his secretariat office in the capital on Wednesday.

The minister said the three probe committees blamed the three officials for the train accident.

The accident left at least 18 passengers dead and scores of others badly injured as Dhaka-bound Turna Nishita Express rammed Chattogram-bound Udayan Express from Sylhet at Mandobagh Railway Station in Kasba in Brahmanbaria on November 12.

“The fatal accident occurred as those three officials did not observe the situation,” he said.

The three probe committees have also given some suggestions to avert such accident in the future.

The suggestions are: locomotive close circuit cameras have to be installed to supervise the activities of loco master, assistant loco master and guards intensively.

They also recommended that regular training should be given to those officials who have been involved in operating trains.

The probe bodies also advised the ministry to fill the vacant posts immediately for operating trains.

Modern system should be developed to communicate between the station master and the train, they said, suggesting that Automatic Train Stop system should be installed for preventing train accidents.