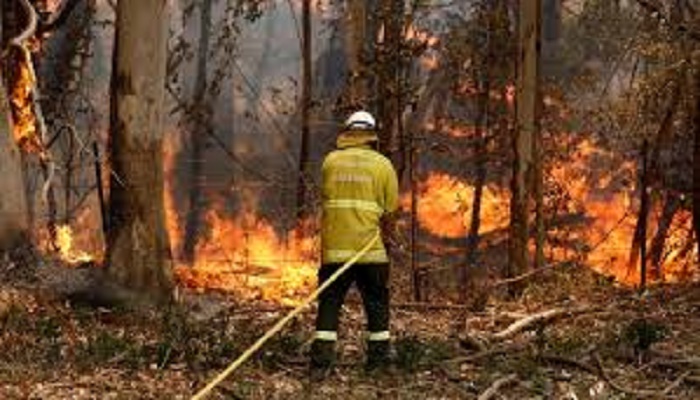 Heat and winds are threatening to widen Australia's bushfire crisis, with three states warned to expect their worst conditions of the season so far, reports BBC.

Parts of Victoria have been issued the same warning for Thursday, while the threat in Tasmania is also increasing.

Six people have died since last month in massive bushfires which are burning elsewhere in the country.

Those blazes - in New South Wales (NSW) and Queensland - have destroyed more than 500 houses and prompted debates on the impacts of drought and climate change.

Fires in South Australia (SA) prompted emergency warnings on Wednesday as temperatures neared 45C (113F) in parts of the state, exacerbated by winds of up to 90km/h (55mph).

Officials switched off electricity to about 10,000 homes and businesses to reduce the risk of new fires. Such blazes are most commonly sparked by winds bringing down power lines.