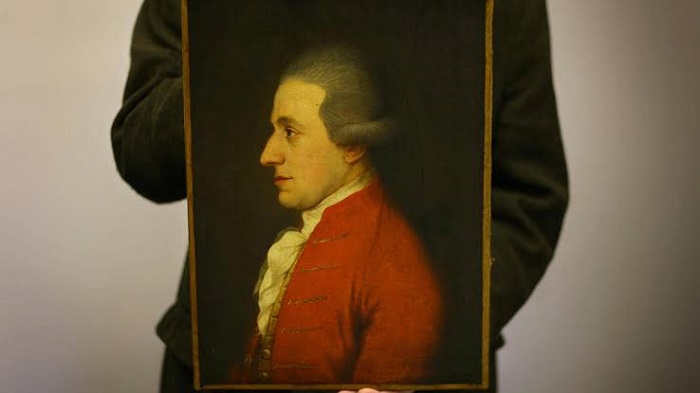 An original score of two minuets composed by Wolfgang Amadeus Mozart when he was just 16 blew past estimates at a Sotheby's auction in Paris on Monday, going under the hammer for 372,500 euros ($413,000).

It was nearly double the top estimated value of 200,000 euros set for the handwritten score dating from 1772, and which formed part of the extensive music collection of a fellow Austrian, the writer Stefan Zweig.

The unpublished, autographed score of the minuets -- a stylised dance -- contains a few corrections and minor modifications, including one or two that might be in the hand of Mozart's father, Leopold.

The manuscript was kept in Mozart's birthplace Salzburg by the composer's sister, Nannerl, before finding its way into Zweig's collection.

The score, the only one of the composer's "Six Minuets K.164" to still be in private hands, came from the library of the eminent Swiss bibliophile Jean-Francois Chaponniere.

Mozart, a child prodigy, began composing at a very early age under his father's guidance.

The sale comes ahead of an offering by rival auction house Christie's in Paris next week of a rare portrait of Mozart, made when the musical genius was just 13.

The work, one of few Mozart paintings still in private hands, is expected to fetch 800,000 to 1.2 million euros.