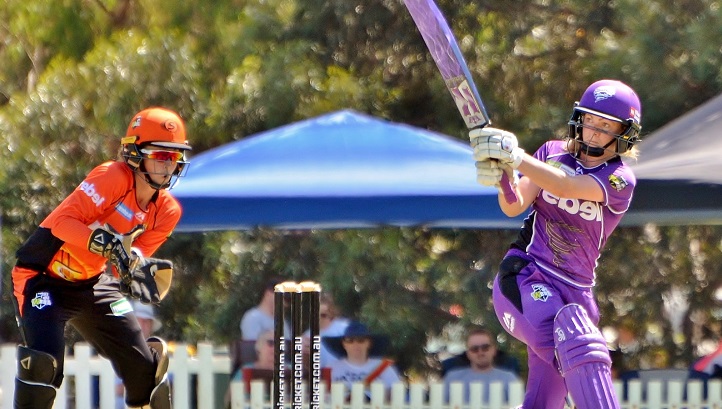 Australian wicketkeeper-batsman Emily Smith was Monday handed a one-year ban under cricket's anti-corruption code for posting her team line-up on Instagram an hour before its official release.

Nine months of the strict penalty was suspended, meaning the Hobart Hurricanes player effectively cannot pad-up for three months, ruling her out of the rest of the season.

The 24-year-old was found guilty of putting the team line-up on her personal social media account before its scheduled release for their clash against Sydney Thunder on November 2.

Despite the game being washed out, she was still punished.

The governing body's head of integrity Sean Carroll acknowledged Smith had no intent to do wrong.

But he said: "CA's rigorous anti-corruption player education programme means that players are well aware of their obligations... and there is no excuse for breaches regardless of the reasons for information being disclosed."

"We hope this serves as a reminder to all that the anti-corruption code is critical to protecting the integrity of the game," he added.