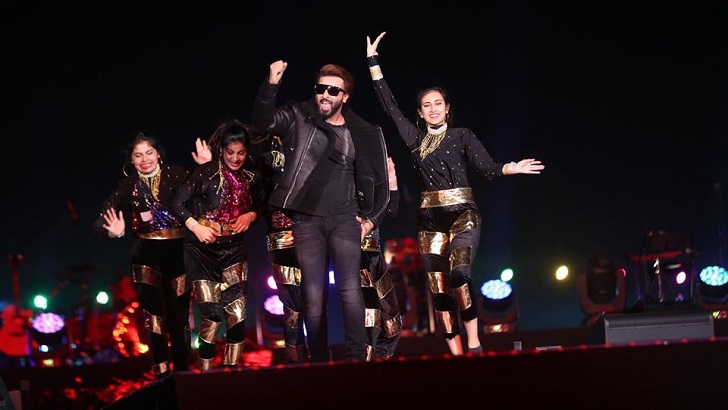 The Abu Dhabi T10 has burst onto the global cricketing scene with an explosive opening ceremony and concert at the Zayed Cricket Stadium.

The Stadium was illuminated by a dazzling performance of Bangladeshi film superstar Shakib Khan. He participated in the prgramme at the invitation of Red Chillies Entertainment, an Indian film production and distribution company established by Shah Rukh Khan and his wife Gauri Khan.

The 10-day tournament, which has pulled in cricketing talent and celebrities from across the globe, was opened on Thursday evening by Shaji Ul Mulk, the founder of the League.

The tournament will run through to November 24.