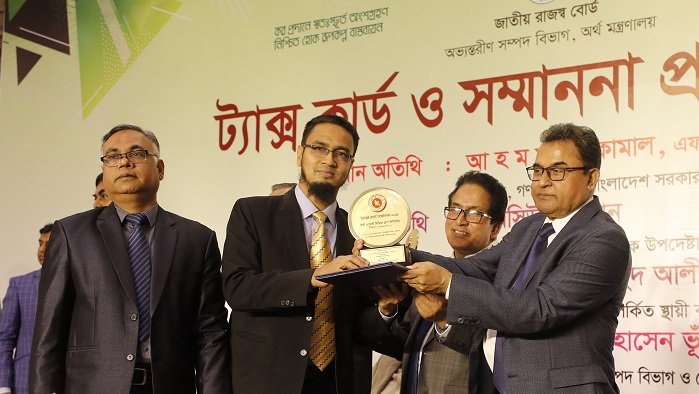 The National Board of Revenue (NBR) on Thursday awarded 141 Tax Cards to 74 individuals, 57 companies, organizations and 10 other entities under different categories for their outstanding contribution to the national exchequer.

Finance Minister AHM Mustafa Kamal, as chief guest, handed over the cards along with crests to the highest taxpayers at a hotel in the capital.

Earlier, the NBR issued a gazette notification on November 5 mentioning the names of 521 highest taxpayers in different categories in the fiscal year 2017-18.

A total of 147 individuals and organizations were awarded for contributing to the country’s development by paying tax for a long time.

The recognition for the highest taxpayers is mandated by the National Tax Card Policy, 2010 (Amended).