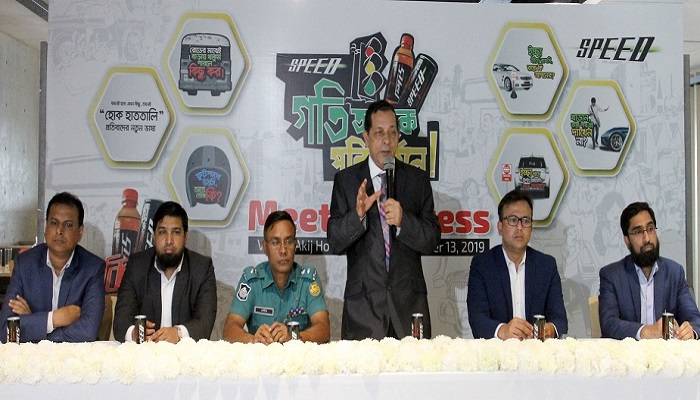 Road accidents and fatalities have increased alarmingly over the past decade. Accidents are occurring frequently and many people are losing their lives every day, due to negligence and ignorance of obeying traffic laws by drivers, passengers and pedestrians. But with awareness and a little effort, this tragedy can be avoided additionally bringing in social change.

Akij Food & Beverage Limited's (AFBL) popular brand Speed ​​has undertaken numerous campaigning initiatives for a long time, as part of social responsibility. Following that trend, this time, Speed has taken up the responsibility of creating awareness on road and safety issues and obeying traffic laws amongst the masses. The road and safety campaign of Speed titled ‘jekhanei ain na mene cholar probonota chokhe porbe, shekhanei hok hat tali’ by identifying tendencies of disobeying traffic laws, will be raising awareness amongst the masses through the streets of Dhaka and across digital and traditional media platforms. AFBL authorities hope the campaign is going to resonate with the masses and consumers on bringing about social change.