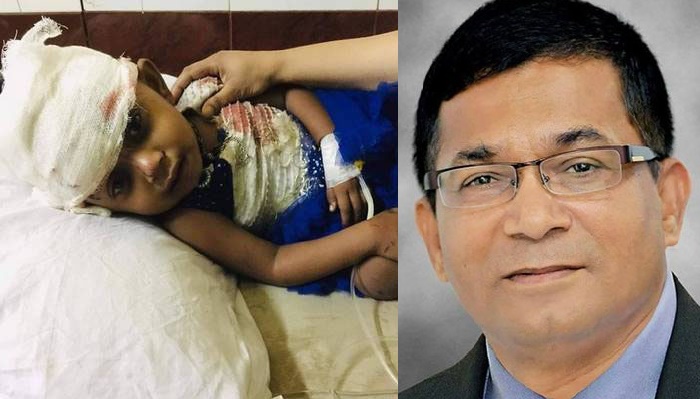 Injured Mahima’s mother Kakoli Begum, 22, and three of her family members were killed three others injured in the train crash.

Shamin, an organizing secretary of ruling Awami League, made the announcement after visiting Mahima at Combined Military Hospital (CMH) in Dhaka on Wednesday.

Shipon Shikdar, personal secretary (PS) of Shamim said: “The minister visited Mahima at CMH and inquired about hers health condition from the physicians on Wednesday morning. He also took responsibility of her treatment and announced to stand beside her family.”

Earlier on Tuesday morning, a Chattogram-bound Udayan Express from Sylhet and a Dhaka-bound Turna Nishitha from Chattogram collided at Mondobagh Railway Station in Brahmanbaria’s Kasba Upazila which left sixteen people dead and at least 50 others injured.

The Bangladesh Railway authorities have formed three probe committees, and the railway ministry and the Brahmanbaria district administration also set up a panel each to investigate the crash.