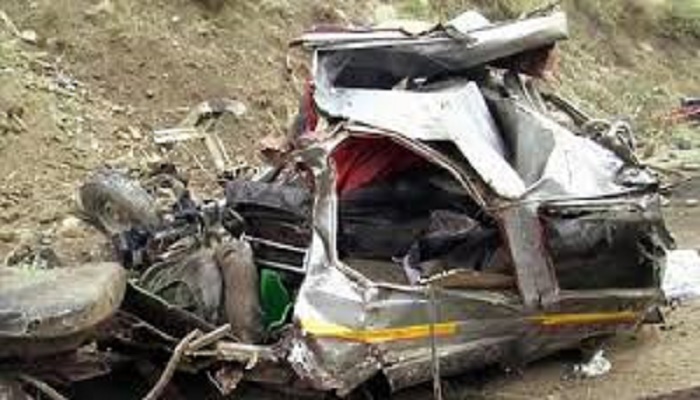 Sixteen people, including five women and three children, were killed on Tuesday when a passenger vehicle skidded off the road and fell into a deep gorge in Jammu and Kashmir's Doda district of India, according to police.

One more person was rescued from the accident site near Marmat area of the hilly district in a critical condition and admitted to hospital for treatment, said Doda Senior Superintendent of Police Mumtaz Ahmad, reports Ndtv.

Twelve people were killed on the spot after the accident and four more succumbed to injuries while undergoing treatment, the police officer told PTI.

The Jammu and Kashmir administration has ordered an inquiry into the matter, an official spokesman said.

Officials said the SUV was headed for Gowa village of Marmat from Kleeni when its driver lost control while negotiating a blind curve and the vehicle fell into the 700-metre-deep gorge around 3.25 pm.

The condition of the only survivor, who was initially treated at a local hospital and later shifted to the Government Medical College Hospital Jammu, is critical, they said.

Jammu and Kashmir Pradesh Congress Committee vice president and former minister Ghulam Mohammad Saroori urged the administration to provide ex-gratia relief of Rs. 10 lakh each to the family members of those killed.

He also urged the administration to take effective steps to check the frequent road accidents in the Union Territory.