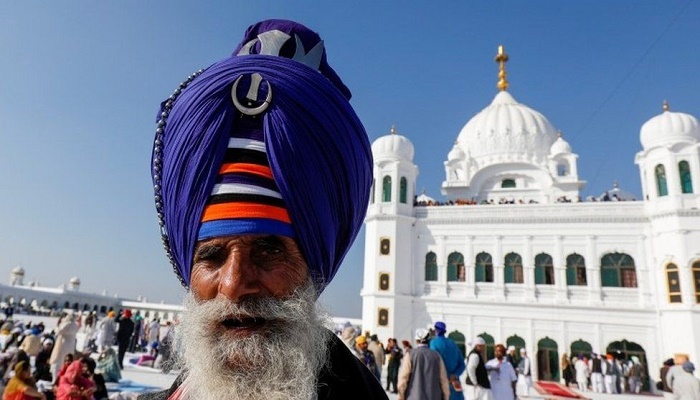 Celebrations have been taking place in India on the eve of the 550th anniversary of the birth of Guru Nanak - the founder of Sikhism on Tuesday.

Sikhs have also been celebrating in Pakistan following the historic opening of the Kartarpur corridor, which allows Indians access to one of Sikhism's holiest shrines without having to apply for a visa, reports BBC.

Tensions between the neighbours have made it difficult for Indian pilgrims to visit the site in Pakistan in recent years but an agreement reached last month allows Indians to make the 4km (2.5-mile) crossing to the Gurdwara Darbar Sahib Kartarpur - where Guru Nanak spent the last 18 years of his life.

Devotees from across the world visit the shrine for every year to commemorate Guru Nanak's birth. Indian Sikhs will now be able to visit with just their passports, but they will not be allowed to leave the site or stay overnight.

The Golden Temple in Amritsar, in north-western India, is the holiest Gurdwara (where Sikhs worship). It was lit up to host processions as Sikh worshippers took part in the three-day celebration of Guru Nanak's birth.

On the first day of celebrations (10 December) Sikhs read the Sikh holy book - the Guru Granth Sahib - from beginning to end.

The book was paraded through the streets of Amritsar on Monday in a hand-held carriage, as traditionally happens on the second day.

These processions are led by five people representing the original Panj Pyare - the Five Beloved Ones - who helped shape the religion.

On Tuesday, the day of the anniversary and the final day of celebrations, gurdwaras has been decorated with flowers, flags and lights while worshippers sing hymns, recite poems and listen to lectures on Sikhism.