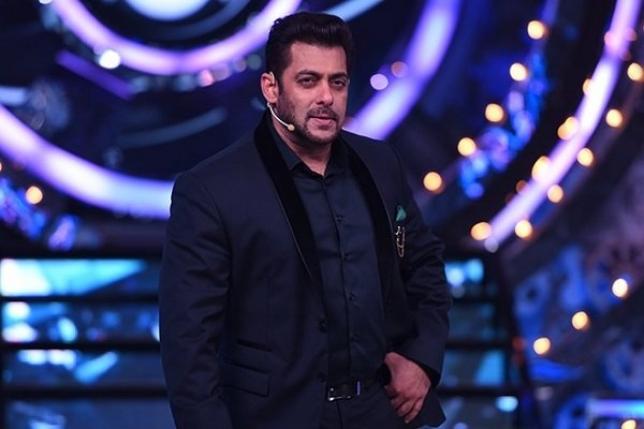 Superstar Salman Khan was labelled as a biased host by netizens, who came up with the #BiasedHostSalmanKhan hash tag to criticise him for supporting actor Sidharth Shukla and slamming Mahira Sharma in the recent 'Weekend ka Vaar' episode of "Bigg Boss 13".

The whole week in the "Bigg Boss" house was about Sidharth getting aggressive and hurting Mahira during a task, for which he was nominated for two weeks punishment. Later, Paras Chhabra also claimed that he hurt his finger because of Sidharth.

In the Saturday episode, Salman cleared the whole situation, saying that Paras was responsible for his injury and not Sidharth.

Salman then addressed the issue between Mahira and Sidharth -- where Sidharth explained his side saying that he wasn't entirely responsible for the incident and Mahira said that she knows that she is not as strong as compared to Sidharth and felt that Sidharth should have taken that into consideration.

To which, Salman asked if she would have done the same, or left the task. Salman even pointed out how everyone in the house gets aggressive during tasks -- this point by Salman was deemed as a way to defend aggression by a section of social media users.

Salman also called out most of the contestants, including Mahira, for targeting Sidharth, questioning if that is their way to stay in the limelight and their game-plan.

After listening to Salman, Mahira started crying and said: "I won't say a word henceforth because Sidharth is ‘mahaan' (great)". To which, Salman told her to stop with the ‘nautanki' (acting) and focus on the game.

As soon as the episode went on air, many fans took to Twitter to share their reaction and started trending the hashtag #BiasedHostSalmanKhan.

Even "Bigg Boss" season seven winner Gauahar Khan was shocked at the show's take on the whole incident. "I'm shocked ! Im probably watching a different #biggboss ! Aggression is justified by all means," she wrote in a tweet.

"BB taught us nothing but to release temper on women and according to host girls are weaker. This gender discriminating show should be taken down by all means because we can't stand this behaviour," wrote one.

"Trending since last night till now. The outrage is real. You can't mock someone' emotion we audience are standing together against this favouritism being done! There' a limit to everything and you've crossed it all," said another.

"Why is Salman so biased? Why doesn't he ever scold Sidharth Shukla for being so aggressive and disrespectful? Why has Salman never praised how well Paras is playing? Why is he after Paras and Mahira only," asked another.

"What message is given by #BiggBoss13 to world if a man is aggressive then a girl should stay away from the man and don't try to compete with him. Being aggressive is justified by makers. Such a shame," tweeted another.

One wrote: "In a world where girls are equal to boys you are showing your sick mentality by saying backoff because you are a girl, but you are forgetting in 'Bigg Boss' girls defeated boys and won the Show."