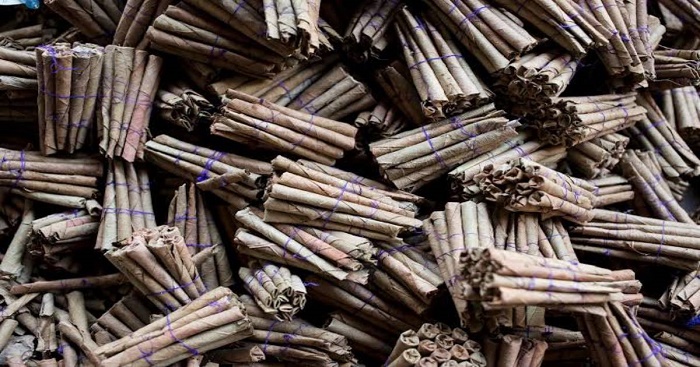 The market in Bogura is flooded with bidi packets stamped with spurious and fake band-rolls, depriving genuine businessmen of customers and the government of huge revenues.

According to local bidi businessmen, there are at least 50 bidi factories in the district. Besides, bidi from about 50 other factories from Rangpur and Gaibandha regions are coming here directly, and most of them defy business laws reportedly in connivance with some customs officials.

However, officials at Bogura Customs and VAT department denied the allegation.

A bidi factory executive said, “Each bidi packet contains 25 sticks and the quantity of bidi in 40 packets stands at 1,000 while one sack contains 28,000. On average, 3,000 sacks of bidi are sold every month in Bogura. Of these, there’re band-rolls on maximum 1,000 sacks and there’s no band-roll in the remaining 2,000 sacks. As per an estimate, the government is losing at least Tk 2 crore revenue every year (Tk 7.83) as customs officials don’t discharge their duties properly.”

He said it has become tough for the genuine businessmen to survive due to the pressure of the fake and spurious traders as a 25-stick packet bidi in no way can be manufactured at less than Tk 4.5 (in addition to govt revenue of Tk 7-83) per packet. “That means the total cost is about Tk 12.”

Keeping in mind the profit margin of factory owners, the government has fixed the minimum price of one packet bidi (25-stick packet) at Tk 14. “So, how could it be possible to sell bidi in retail market at Tk 5, 6, 8 and 12 per packet?” the bidi factory executive said wishing anonymity.

Contacted, Prodip Kumar Sarkwar, Revenue Officer of Bogura Customs Excise and VAT Department, said “Usually, the bidi is a kind of narcotics but smokers are being provided with this poison directly. There’s no way to sell bidi at less than Tk 14 per packet as fixed by the government.”

Mizanur Rahman, Revenue Officer (Circle-1) of Bogura Customs Excise and VAT Department, said criminal cases can be filed under the existing law against the factory authorities concerned. Cases can also be lodged if the same band-roll is used for the second time for evading VAT, he said.

Replying to a query about what measures could be taken for those factories which attempt to run business without any approval, he said, “At first, we’ll serve letters to the factory owners to get their factories registered. If it doesn’t work, cases will be filed against them.”

Md Nazrul Islam, Assistant Commissioner of Bogura Customs Excise and VAT Department, said that he does not do anything just for publicity. “The people of Bogura will soon find a solution to this problem.”