Arrival of 50,000 tonnes onion from Egypt to decrease price 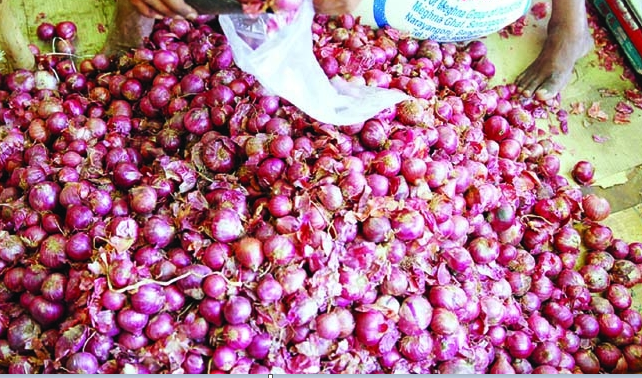 Commerce Minister Tipu Munshi said market price of onion will come down after arrival of 50,000 tonnes of the daily essential spicy commodity from Egypt .

“Arrival of the huge shipment of onion will reduce onion price,” he said while talking to journalists before attending the general meeting of District Brick Kiln Owners’ Association (DBKOA) at a city hotel. The minister said price of onions coming from Egypt will decrease price hike of the essential of commodity.

“We generally import onion from India where its local market price has gone up to Rupees 80 per kilogram. After coming to our country from India, onion price reaches up to Taka 100 per kilogram bringing no benefit to us now,” he said.

He informed the mass media that a senior official of the Ministry of Commerce has been entrusted with monitoring of the onion market. Tipu Munshi said, “We are trying our best to contain onion price. We have intensified our efforts to control prices of onion” However, Tipu hoped that onion price in local markets will start to fall to normal level with appearance of locally produced onions from this month-end in the country,” he said.

Later, the Commerce Minister attended the general meeting of DBKOA as the chief guest with its President Mahbubur Rahman in the chair.

More than 100 owners of different brick kilns from across the district participated in the meeting moderated by General Secretary of DBKOA Azizul Islam.

While addressing the meeting, the commerce minister told brick kiln owners to