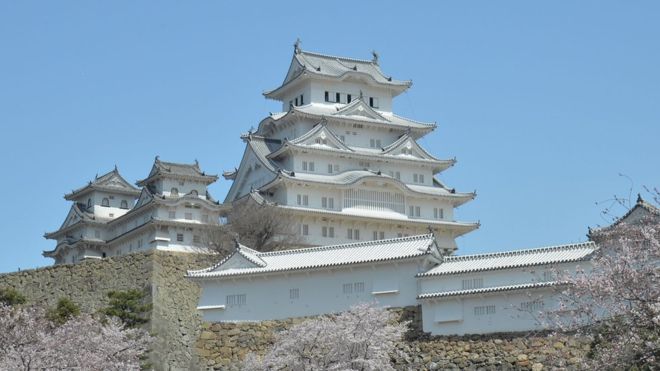 The twinning of a Japanese and a Welsh castle has heralded "the beginning of a beautiful friendship."

The pairing of Conwy and Himeji castles is believed to be the first of its kind in the UK.

Himeji mayor Hideyasu Kiyomoto has now visited the Welsh castle, after a ceremony in Japan during the Rugby World Cup.

Following the tour he was was taken to see Conwy's Quay House, said to be the smallest house in Britain.

Kiyomoto said: "This is the beginning of a beautiful friendship and I am going to tell all of the citizens of Himeji what a beautiful place Wales is, and about its proud history.

"After I go back I am going to explain what a fantastic castle you have here in Conwy and then many tourists from Japan will get to know that Wales is a such a nice and great country. I love it here.

"Japanese people love their history and want to know much more about Wales."

A ceremony in Himeji coincided with Japan hosting the Rugby World Cup.

He said: "They had really gone to town with the arrangement."

Building work on the castles started within 50 years of each other.

Norman king, Edward I, made a start on Conwy Castle in 1283 while the construction of Himeji Castle began in 1333.

Jones said: "What we have done is very unique and obviously the legacy of the twinning will continue and work will start in earnest.

"It's an exciting time for both Conwy and Himeji."