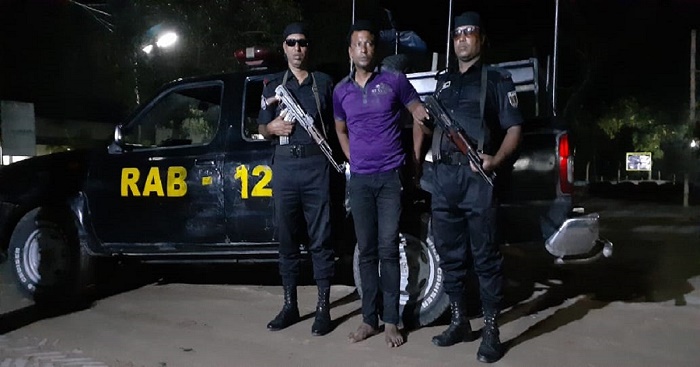 Members of Rapid Action Battalion (Rab) on Thursday arrested a regional leader of a banned outlawed party along with arms from Durbachar Bazar of Sadar upazila in Kushtia.

The arrestee is Habibur Molla, 55, a regional commander of  banned outfit  ‘Biplobi Communist Party’ and son of Madan Molla of Durbachar village.

Tipped off, a team of Rab-12 conducted a drive in the area around 10 pm and arrested Habibur along with one pistol and five bullets.

Besides, the elite force members arrested Abdul Alim, 40, former convener of district unit Jubo League and son of Madar Mandal of Sastipur village in Sadar upazila,   from Chourhash intersection in the district town on Thursday night.

They also recovered one pistol, two bullets and 165 Yaba tablets from his possession.