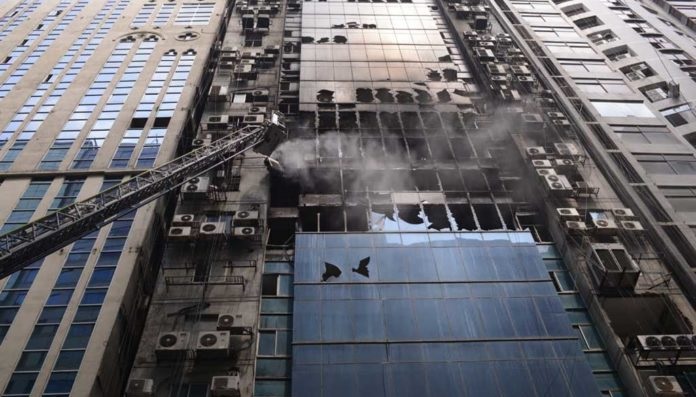 High Court (HC) on Tuesday stayed bail of three accused in a case filed for forgery over the design of 23-storey FR Tower in Dhaka’s Banani.

The court also asked the accused to surrender before the lower court concerned in seven days.

A Dhaka court granted them bail in August and September in connection with the forgery case filed by Anti-Corruption Commission (ACC).

A total of 26 people were killed and 73 others were injured in the fire that quickly engulfed the 22-storey building on Road-17 at Kamal Ataturk Avenue area in Banani. Banani Police Box in-charge sub-inspector Milton Dutta filed the case on March 30 with Banani Police Station.

Police made Tasvir Ul Islam, one of the owners of FR Tower, SMHI Faruque, the land owner of the building, and Rupayan Group chairman Liyakat Ali Khan Mukul, accused in the case.