Leaders of South Korea and Japan meet to resolve dispute 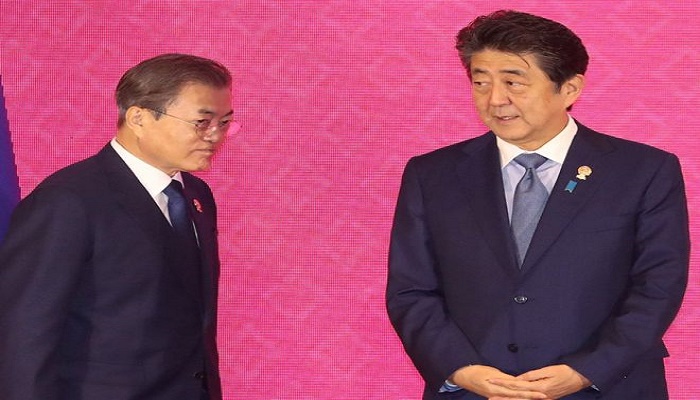 The leaders of South Korea and Japan have had talks for the first time in over a year in an attempt to resolve a long-running dispute.

In August, Japan removed South Korea from its list of trusted trade partners.

At the heart of the dispute are the "comfort women" of Japan. Tens of thousands of Korean women - some say as many as 200,000 - were forced to work in brothels for Japanese soldiers during World War Two.

South Koreans want reparations but Japan considers the issue settled. It has apologised or acknowledged its responsibility for wartime sex slaves before - most recently in 2015 when the country also promised to set up a 1bn yen ($9.5m, £7.9m) fund to assist the victims.