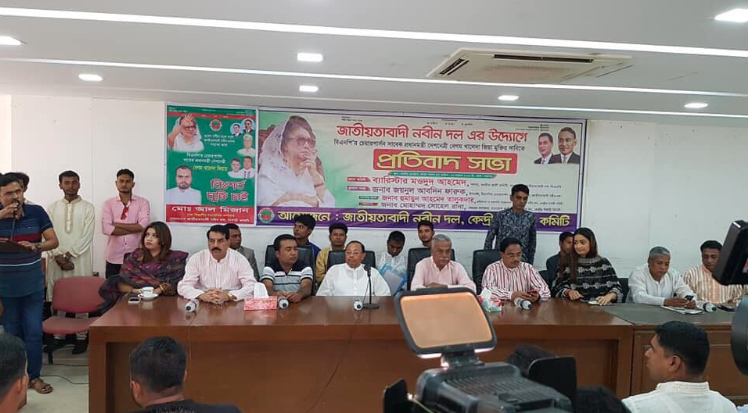 BNP senior leader Moudud Ahmed on Friday said the fall of the current government is a matter of time because of its widespread corruption.
“There’s no reason for us to get frustrated. It’s not possible for anyone to say when and how a mass upsurge will take place. But the fact is that the fall of this regime is now a matter of time.

They’ll fall under the weight of their own corruption,” he said.
Speaking at a discussion, the BNP leader further said, “The way corruption has spread to their (govt’s) every organ and branch, it won’t be possible to rescue them from it.”
Jatiyatabadi Nobin Dal arranged the programme at the Jatiya Press Club demanding the release of BNP Chairperson Khaleda Zia.
Moudud, a BNP standing committee member, described the current anti-corruption drive by the government as mere eyewash.
“The government won’t be able to check corruption.

Had it been serious about eliminating corruption, it would have made public the wealth statements of all the MPs and minister instead of taking action only against some Chhatra League and Jubo League leaders.”

He also criticised the government for what he said resorting to repressive acts and ‘false’ cases to suppress it opponents.
The BNP leader alleged that different cases were filed against their party’s over 26 lakh leaders and activists while Khaleda has been kept in jail for nearly 18 months unfairly. “They (govt) want to eliminate BNP to hang onto power by force, but they failed to do so as BNP is a patriotic political party.”
He warned that the government will never be able to remove BNP from politics as it has been working for people and ensuring their rights.
Moudud said their chairperson Khaleda Zia cannot be released on bail due to the obstruction by the government and its political influence.
He, however, hopeful that their chairperson will be freed and democracy, the rule of law and the independence of the judiciary will be restored in the country soon as the downfall of a ‘corrupt’ government is a must.