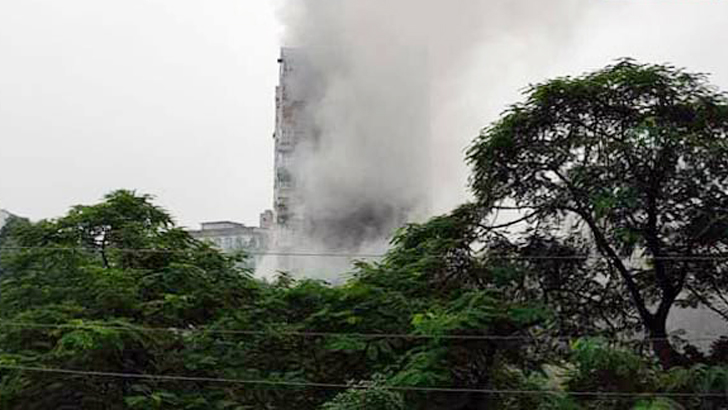 A woman died of suffocation when a fire broke out at a multi-storey building in Dhanmondi area on Saturday morning.

The identity of the victim could not be confirmed yet but doctor said she appeared to be around 65 years old. She was admitted to Dhaka Medical College Hospital along with Shaheda, 12.

Both had fallen sick after breathing in the smoke, said Abdul Latif, officer-in-charge of Dhanmnondi Police Station.

Bachchu Mia, in-charge of DMCH police outpost, said the elderly woman died around 11:30am shortly after she was taken there.

The fire originated at 9:25am at a 12-storey building on road No 6A beside the Eidgah ground, said Md Russell, duty officer of Fire Service Central Control Room. Three fighting units brought the fire under control at 10:10am.

The cause of the fire and the extent of damage were not immediately clear.