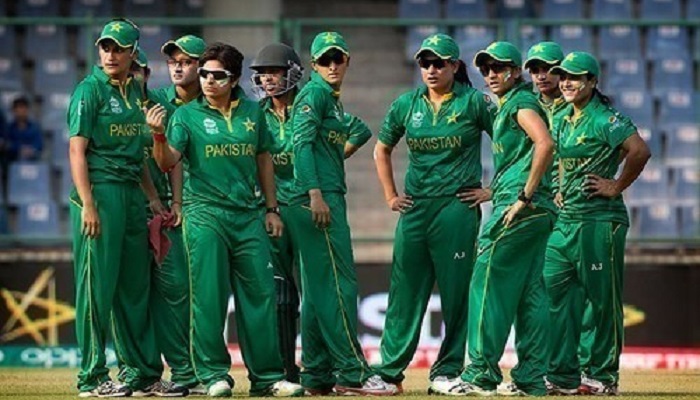 The Pakistan Cricket Board (PCB) on Wednesday announced a 15-member women squad for the upcoming three-match T20I series against Bangladesh.

Bangladesh will play three T20I matches at the Gaddafi Stadium on October 26, 28 and 30.

Bismah Maroof will lead the side which surprisingly doesn''t have Nida Dar, who is currently playing for Sydney Thunder in the Women''s Big Bash League.

Anam Amin, Ayesha Zafar, Diana Baig, Nahida Khan, Saba Nazir, Sadia Iqbal and Aiman Anwar find a place in the squad for the series starting on October 26 in Lahore. With the WBBL running till December, Dar's exclusion doesn't come as a surprise with the all-rounder plying her trade in Australia. Saba Nazir, who is yet to make her debut, has been called up after being dropped for the South Africa tour.

Zafar, Baig and Nahida last played for Pakistan in the ICC Women's T20 World Cup in the Caribbean last year. The squad has been picked after a ten-day training camp in Lahore which involved 16 players. Fareeha Mahmood failed to make the cut after the camp.

"We are delighted to host the Bangladesh team and look forward to an exciting series. It is the first international assignment for the team since the tour to South Africa in June. The team is a good blend of experience and young exciting players," chief selector Urooj Mumtaz said.

"With the women's game developing at a rapid pace, we aim to play a positive and aggressive brand of cricket and produce solid performances. The primary focus will remain on winning as it will build confidence within the group, this is pivotal for us as we head into a busy international schedule over the next six months. During the series, we would also like to give an opportunity to some emerging players, so that they can experience the aura around international cricket and its pressures."

After the three T20Is, the two sides will also play two ODIs in Lahore on November 2 and 4.