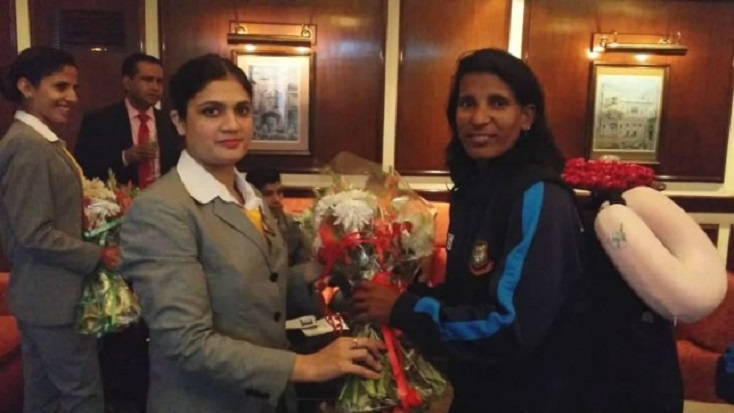 The 15-member Bangladesh women’s team reached at Lahore in Pakistan on Wednesday morning.

The team will play three T20 international matches with Pakistan women's team from 26th to 30th October 2019. All the games will be played at Lahore's Gaddafi Stadium.

The cricketers were given a warm welcome. Ayshar Ashar, the GM of Women wing and other Pakistan Cricket Board (PCB) officials received the Bangladesh team at Lahore.

Both the teams will hold practice sessions at Gaddafi Stadium on 24th and 25th of October for the preparation of the series.