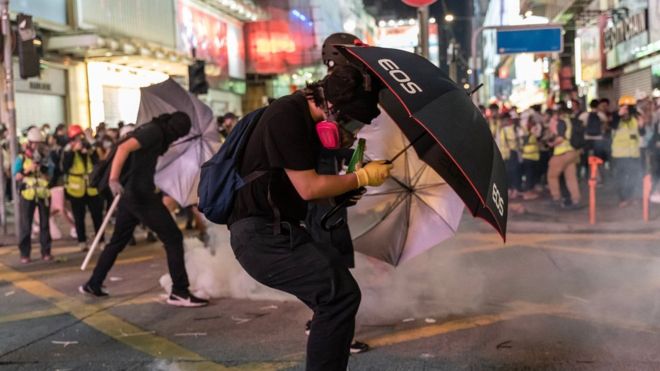 The bill - which would have allowed for criminal suspects to be extradited to mainland China - prompted outrage when it was introduced in April.

Hundreds of thousands of people took to the streets and the bill was eventually suspended.

But protesters vowed to continue their demonstrations, which have spiralled into a wider pro-democracy movement.

The proposed bill would have allowed for Hong Kong to extradite criminal suspects to places it doesn't have an extradition treaty with, including mainland China, Taiwan and Macau.

Critics of the planned law feared that extradition to mainland China could subject people to arbitrary detention and unfair trials.

Its formal withdrawal meets one of five key demands emphasised by some protesters. The others are:

The unrest that the bill sparked has become the worst crisis that Hong Kong has faced since the former British colony was handed back to China in 1997.

It has also presented a serious challenge to China's leaders in Beijing, who have painted the demonstrators as dangerous separatists and accused foreign powers of backing them.