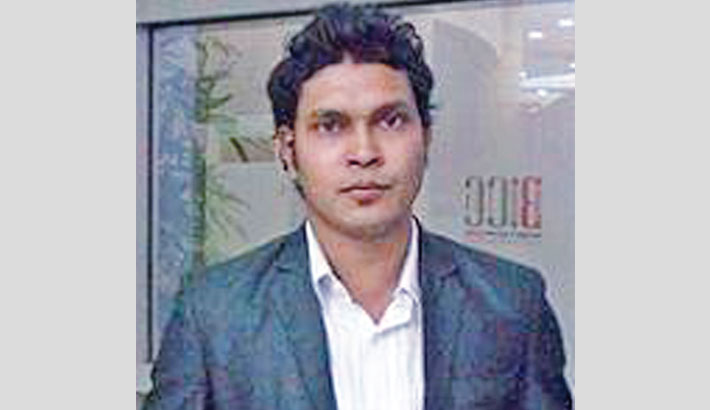 Climate change is becoming an ever more important issue in our lives. We have come to realise that the modern ways of man place an enormous amount of stress on the Earth that nature simply cannot handle. Some of the climatic problems that are developing today, such as global warming, ozone depletion and El Nino, will have severe effects on reef ecosystems all around the world. Reefs might give us an early indication of the effects of global climate changes, as slight variations in sea temperature caused by climatic variations have already been shown to produce extreme responses from reef ecosystems.

The world is warming up. As we burn up the planet’s coal, oil and gas reserves, and cut down its remaining forests, greenhouse gases are pouring into the atmosphere. The delicate balance of atmospheric gases that sustains life is thickening, trapping more and more heat and irreversibly changing our world. The United Nations Framework Convention on Climate Change defines climate change as, “a change of climate which is attributed directly or indirectly to human activity that alters the composition of the global atmosphere and which is in addition to natural climate variability observed over comparable time periods.” Climate change is caused by the emission of heat-trapping gases – mostly carbon dioxide (CO2) from vehicles, industry, power plants and deforestation. As these gases build up, they act like a thick blanket, overheating the planet, changing our health economy and natural environment. The terms global warming and climate change are often used interchangeably, but the two phenomena are different.

Scientists around the world now agree that the climatic changes occurring internationally are the result of human activity. Although responsibility for the causes of climate change rests primarily with the developed and industrialised nations, the costs of climate change will be borne most directly by the poor. Many factors are responsible for climate change but mainly it can be divided into two factors man made factors and natural factors.

The main man made factors of climate change are greenhouse gasses (GHGs), which enhance the “greenhouse” properties of the earth’s atmosphere. These gasses allow solar radiation from the sun to travel through the atmosphere but prevent the reflected heat from escaping back into space. This causes the earth’s temperature to rise. GHG emissions have been raising since industrialisation in the 1900s, due to increased burning of fossil fuels. Further significant increases in GHG levels are expected, particularly as developing countries become more industrialised. Deforestation is also the reason for climate change. Every country should have at least 25 per cent of forest coverage but many have not sufficient forest.

In recent times, the global climate change is one of the most discussed issues among the environmentalists, scientists and concerned people. The scientific community around the globe is fully convinced that climate change is a reality and the adverse impacts of climate change will be both irreversible and disproportionately affect the poor. There are scientific evidences to suggest that concentrations of certain ‘heat trapping’ gasses in the atmosphere, popularly known as the greenhouse gasses, are on the rise. GHGs are emitted primarily when fossil fuels are burnt for industrial activities, electricity generation and transportation. 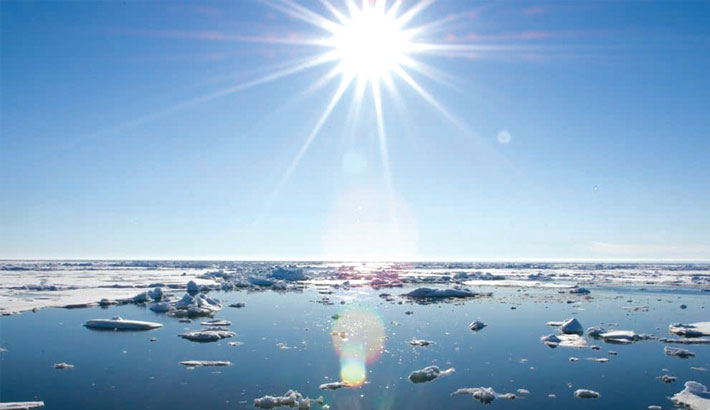 Scientists fear that gradual accumulation of such gases would eventually cause a rise in atmospheric temperature and thereby, the global surface temperature. Based on atmosphere-ocean-terrestrial heat exchange mechanism, it is postulated that a general rise in surface temperature would also cause swelling of ocean water, an increase in melting of snow-caps at the peaks and ice-sheets and overall rise in mean sea level. A combination of such events will have discernable impacts primarily on natural system and also on ecosystems. Such an adverse effect is generally known as the ‘greenhouse effect’.

The global scientific community has already forecast that the impacts of greenhouse effect will be devastating in many parts of the world, especially in the low-lying coastal areas. In Bangladesh, climate change affected everywhere especially the economy. Coastal agriculture will be devastated due to tidal inundation and salinity in Bangladesh for this reason many crops cannot be cultivated and many species will be destroyed. In fact, climate change migration creates a big economic loss for the country and the coastal people. Due to the effects of climate change many people are losing their home and becoming poor. Poor people face many health problems for this and they also face dire economic loss.

Climate affects agriculture, a fact well known to every farmer. Year to year variations in harvest are largely due to variations in temperature and precipitation that can make the difference between bountiful bumper crops and economic ruin. Agriculture is extremely vulnerable to climate change. Higher temperatures eventually reduce yields of desirable crops while encouraging weed and pest proliferation. Changes in precipitation patterns increase the likelihood of short-run crop failures and long-run production declines. Although there will be gains in some crops in some regions of the world, the overall impacts of climate change on agriculture are expected to be negative, threatening global food security. Agriculture – on which we all depend Climate change presents many complex risks to different groups and sectors over different timeframes and localities. Adaptation is likely to be successful if people are informed about climate change, how it affects them, and options for doing something about it. Successful climate change interventions are dependent on high-quality accessible information to allow effective decision making. As the impacts of climate change are difficult to predict accurately, adaptation activities need to be flexible and responsive to new information, and robust to withstand a wide range of plausible futures. The use of risk management and coping thresholds is an area of applied adaptation research of growing importance.

In Bangladesh, drought is defined as the period when moisture content of soil is less than the required amount for satisfactory crop-growth during the normal crop-growing season. Droughts are common in the northwestern districts of Bangladesh. Some of these droughts usher in famine. One definite manifestation of the onset of the drought is the 'top burning' of the bamboo and betel nut trees that is, they lose green foliage and the fresh leaves turn brown because of lack of moisture in soil and air. The condition often culminates in their death, if there is no rain or irrigated water for a substantially long time. However, drought can also occur in areas that usually enjoy adequate rainfall and moisture levels. Due to drought severity, crop loss ranges between 20 and 60 per cent or even may be more for transplanted aman and other rice varieties. Depending on the intensity of drought, the estimated yield reduction of different crops varies from 10 per cent to 70 per cent. The yield loss may considerably be reduced through judicious and limited irrigation at the critical stages of crop growth.

The average highest temperature of the Barind region ranges from 35°C to 25°C for the hottest season and 12°C to 15°C for the coolest season. Generally this particular region of the country is rather hot and considered as a semi-arid region. In summer, some hottest days experience the temperature of about 45°C or even more in the Rajshahi area, particularly at Lalpur. Again in the winter the temperature even falls at 5°C in some places of Dinajpur and Rangpur districts. So this older alluvium region experiences the two extremities that clearly contrast with the climatic condition of the rest of the country.

Drought mostly affects Bangladesh in pre-monsoon and post-monsoon periods. During the last 50 years, Bangladesh suffered about 20 drought conditions. The drought condition in northwestern Bangladesh in recent decades had led to a shortfall of rice production of 3.5 million tons in the 1990s. If other losses, such as, to other crops (all rabi crops, sugarcane, tobacco, wheat, etc.) as well as to perennial agricultural resources, such as, bamboo, betel nut, fruits like litchi, mango, jackfruit, banana, etc. are considered, the loss will be substantially much higher.

Large increases in the volumes of greenhouse gases in the atmosphere are already apparent. At current rates of change, carbon dioxide concentration in the atmosphere will double by the end of the next century (2100 AD). Calculations indicate that this rate of change in carbon dioxide alone may result in a warming of between 1.5 and 4.5°C. Some researchers have calculated that we have already experienced a rise of about 0.7°C since the start of the century.

The most likely effect of sustained global warming will be a melting of the polar ice caps, and a rise in sea level, while on land the deserts will expand. It is feared that sea level could rise by as much as 80cm by the end of the year 2100. Coral reefs could possibly keep up with the rise in sea level, but a global rise in sea temperature could be devastating. The deep ocean may eventually absorb most of the temperature rise, but this may take hundreds or thousands of years.

Another threat to marine ecosystems is the increase in ultraviolet radiation (UV) penetrating the atmosphere. Ozone is important in the high atmosphere to absorb UV radiation, and gases such as CFC's destroy it. UV radiation is harmful to many animals and plants, and one of the most important effects of increased UV is the inhibition of photosynthesis in plants and algae. Phytoplankton in the ocean may decrease in productivity, and this means that less energy is entering the food chain at the primary level, affecting the entire oceanic ecosystem. Another effect of increased UV is a possible change in the community structure of marine communities as they react to decreased production from plants, and animals resistant to UV replace more sensitive animals and plants.