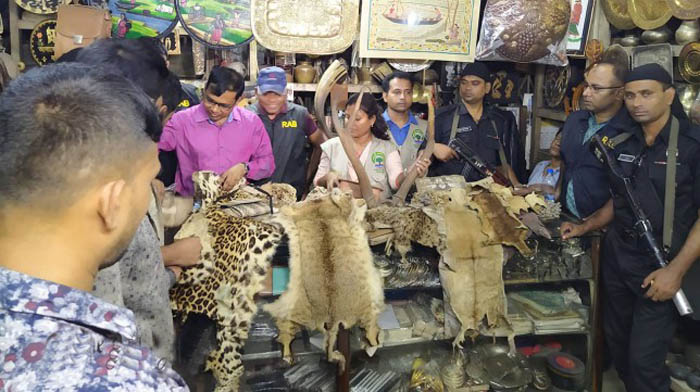 Law enforcing agencies has seized a large haul of wild animal hides, including leopard, deer and snake, from a shop in Paribagh area in the capital on Monday.

After the seizure of animal hides, a Rapid Action Battalion (RAB) mobile court sentenced the owners of the shop, Hamuyun Kabir and Mominul Islam, to a year in jail under the Wildlife Preservation Act.

RAB’s Executive Magistrate Sarwoer Alam confirmed the matter saying the court also slapped fines of Tk 50,000 on each of them.

They also confiscated 21 bags and two wallets made of snake skin.