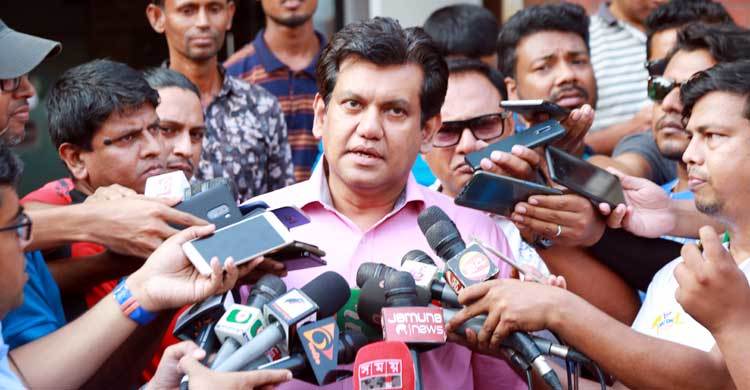 Bangladesh Cricket Board (BCB) Chief Executive Officer (CEO) Nizamuddin Chowdhury on Monday said the board will amicably settle the 11-point demands raised by the cricketers.

“They (players) are yet to communicate with us on this issue. The cricketers are very important for us. We’ll know the issues raised by them first and then we’ll discuss about it in the board,” Chowdhury said here on Monday.

“It is natural there will be some demand and BCB is always sincere to address those issues and settle them. There is nothing to be worried (about),” he explained.

Bangladesh cricketers have gone on an indefinite strike, stating that they won’t take part in cricketing activities in foreseeable future until their 11-point demands are met.

The main point was to increase players’ say in cricket matters and an improvement of the pay packages of domestic cricketers. They also urged for an improvement of pay packages for groundsmen, as well as for more respect and remuneration for local coaches, who they said suffered in comparison with foreign coaches.

No age-level cricketers were included among those seeking the 11-point demands.

”We did not include Under- 19 team here as they are preparing for the World Cup. Everybody else is here and we know everybody is with us. We are not going to get involved in cricket unless our demands are fulfilled,” Bangladesh test captain Shakib Al Hasan said.

”Besides, age-level cricketers, everybody in national team and domestic cricket is with us and the program goes into effect from today. This is applicable to all domestic cricket including first-class cricket and alos international cricket,” he said.

“We are talking about domestic cricket. We all know about our first division, second division cricket and third division cricket playing standard and sometimes it also comes in the media. We know what the standard of this cricket is. It should improve,” he added.

”We could not include our women’s cricketers because this decision was taken suddenly and if they have any demands they can include those with us. I am sure they must have some demands and if they join us we can put it forward,” he said.

The BCB CEO however refused to term the players 11-point demand as a movement, rather he said those are some issues that the players raised.

“It is by no means a movement or something like revolt. The players raised some issues which we will address and that’s it,” he said.