Loan ecotourism to be developed in Sonadia: PM 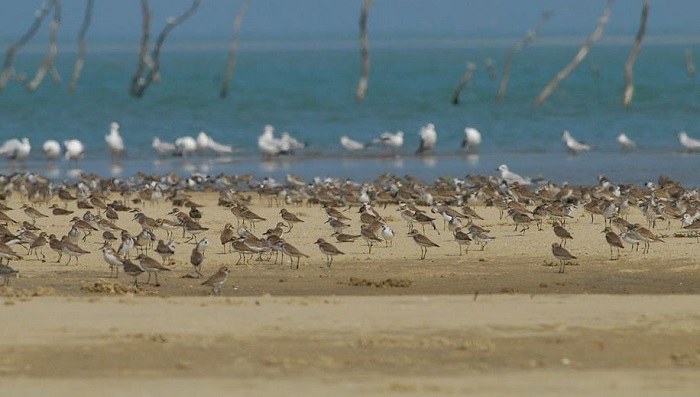 Prime Minister Sheikh Hasina on Sunday directed all concerned not to establish any industry in Sonadia, saying that only ecotourism will be developed in the island of Cox’s Bazar.

He said Bangladesh Economic Zones Authority (BEZA) made the powerpoint presentation on various aspects of the industrial city.

The press secretary said the premier witnessed the powerpoint presentation with deep attention and gave some instructions regarding the industrial city.

Sheikh Hasina asked the BEZA to take into consideration the housing of the workers as well as the issues of both industrial and IT sector waste management and environment there.

She also directed them to take the necessary steps to protect the city from natural disasters like tidal surge and cyclone.

The BEZA also apprised the prime minister of the latest state of the special economic zones.

BEZA is developing ‘Bangabandhu Sheikh Mujib Shilpa Nagar (BSMSN)’ in the country’s southeastern part with a view to encouraging rapid economic development through increase and diversification of industry, employment, production and export.

The industrial city is being developed in around 30,000 acres of land touching three upazilas – Mirsarai and Sitakundu of Chattogram district and Sonagazi in Feni district – covering 25 kilometres of coastlines of Sandeep channel of the Bay of Bengal.