Oikya Front getting ready to meet Khaleda at BSMMU 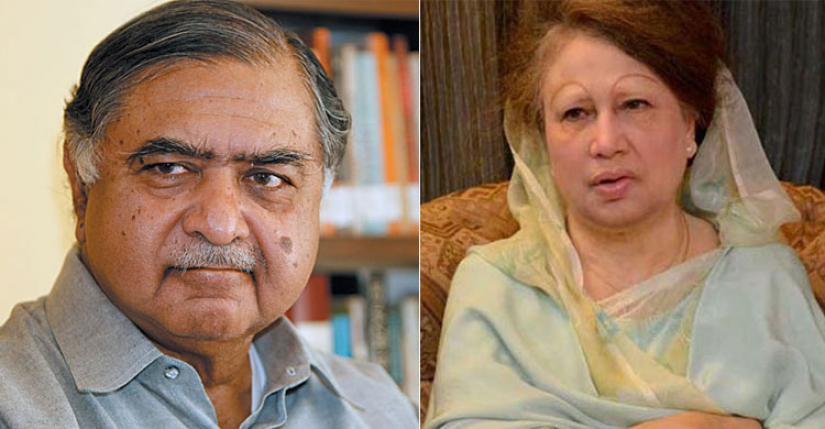 The alliance is going to send an application to the Home Minister very soon seeking permission for the meeting with the imprisoned BNP chief.

The decision was taken at a meeting of the Oikya Front’s steering committee at Dr Kamal Hossain’s Motijheel chamber.

Talking to reporters after the meeting, JSD president ASM Abdur Rob said, “Three-time ex-PM Khaleda Zia has been in jail. The nation is worried (over her health condition) as any bad thing can take place anytime. Her one hand has got paralysed and she’s unable to eat.”

He further said, “So, we’ve decided to send an application to the Home Minister to meet her and see her condition.”

Replying to a question, Rob said they want to meet Khaleda, led by Dr Kamal, on behalf of the Oikya Front.

He said representatives from all the Oikya Front partners will be there in their delegation.

Oikya Front office secretary Jahangir Alam Mintoo said they are likely to send an application to the Home Minister either today or tomorrow seeking permission for meeting Khaleda Zia.

Khaleda has been in jail since she was convicted in Zia Orphanage Trust corruption case in February 8, 2018. She was found guilty in another corruption case later the same year, though her party claims both the cases are ‘politically motivated’.