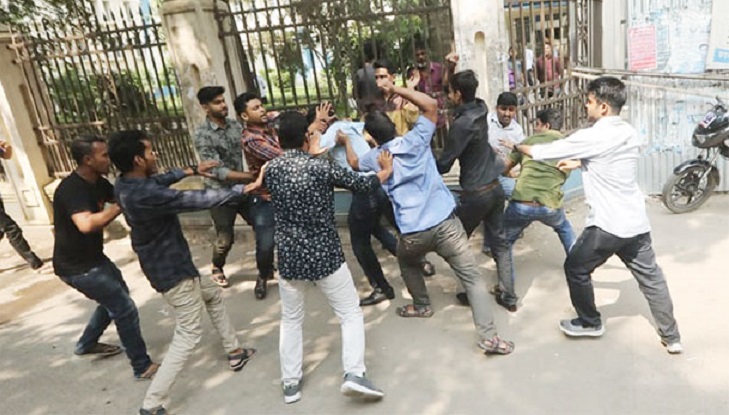 The incident took place around 12:30 pm in front of TSC when the JCD activists brought out a procession after a press conference at Dhaka University Journalists Association (DUJA).

The JCD leaders informed that the leaders of Muktijoddha Mancha attacked them while they were proceeding to Madhur Canteen. Then BCL activists joined the attack.

At least 10 JCD leaders, including Mamun Khan, Shahjahan Shaon, Tareq Hasan Mamun and Nayeem Hasan, were injured in the attack. The injured were admitted to DMCH.