I bear witness that people couldn’t exercise their franchise in national polls: Menon 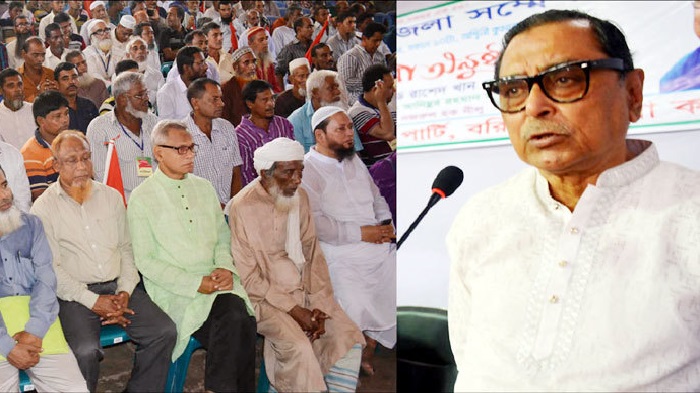 Workers’ Party President Rashed Khan Menon on Saturday said people could not exercise their franchise in the 11th national elections though he, including Prime Ministers Sheikh Hasina, became lawmakers in the elections.

“Although, I, including the prime minister, was elected MPs after winning in the 11th national elections, I bear witness that people failed to exercise their franchise in last general elections including the upazila parishad, union parishad elections,” he said.

The lawmaker said this while addressing the inaugural ceremony of Barishal district council of Workers’ Party as chief guest at Ashwini Kumar Hall in the city.

Menon, the former civil aviation and tourism minister of the current government during its last term, said, “Development doesn’t mean the destruction of democracy and violation of freedom of speech. Today, the government has taken away people’s right to freedom of expression. Therefore, people can’t express their opinion freely.”

“The government is conducting drives against illegal casino runners and corrupts but it is not destroying the root of corruption from the country,” he alleged.