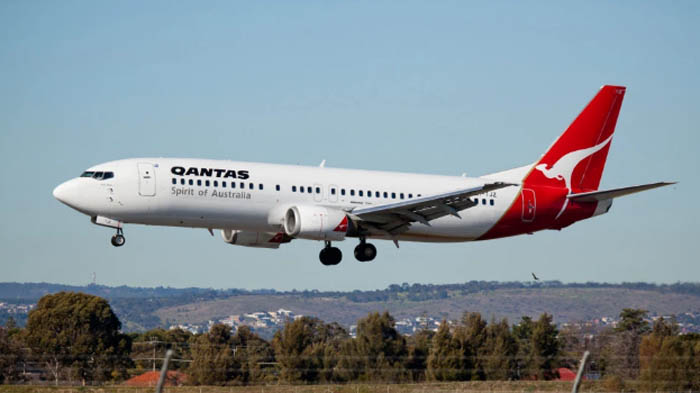 Qantas are launching the first test route of the longest direct flight in the world, taking 20 hours.

The 10,000 mile flight will travel from New York to Sydney, taking off Saturday morning and landing on Sunday morning.

Qantas hope to launch the route, as well as a direct route between Sydney and London, by 2022.

Qantas plans to use brand new Boeing 787-9 Dreamliners on the routes, with two flights from New York to Sydney, and one from London to Sydney.

Carbon emissions from the flights will be fully offset.

However, passengers won't be able to buy tickets for the flights - with 40 crew members being the only travellers.

The tests will analyse the well-being of the crew, such as how they sleep and how they feel, as well as how much they eat and move around during the flight.

Pilots will be tracked using an EEG (electroencephalogram) device that measures brain wave patterns to determine sleep patterns and routines.

What you can expect on a super-long flight

Sun Online Travel tested out Qantas' non-stop 17-hour flight from Perth to London in economy when it launched in 2018.

The Perth to London route, going against the wind (which takes longer), took around 17 hours and 15 minutes - although the scheduled time is 16 hours and 45 minutes.

The Sun Travel's Jacob Lewis said the entire journey was in total darkness due to the timing of the flight.

He added: "The route is not only the UK’s longest but also holds the depressing honour of being the world’s longest flight without daylight."

Jacob explained that while it was certainly a faster route, it felt like an "endurance test" due to the cramped conditions and two meals.

The food, designed especially by nutrition boffins at the University of Sydney, "was painfully bland but meant to help keep you hydrated" according to Jacob.

TV addicts can binge through several seasons of shows but you might be stuck for options if you're picky.

There was also no WiFi, although the Dreamliner aircraft that he flew on was a quieter plane than most, reducing the loud noises of the engines.

The Perth to London route was also more expensive than a route with a layover.

The longest flights in the world

Why the airline is testing the ultra-long-haul route

Qantas Group CEO Alan Joyce explained that "ultra-long-haul flying presents a lot of common sense questions about the comfort and well-being of passengers and crew".

He added: "For customers, the key will be minimising jet lag and creating an environment where they are looking forward to a restful, enjoyable flight.

"For crew, it’s about using scientific research to determine the best opportunities to promote alertness when they are on duty and maximise rest during their down time on these flights."

It will be the first direct flight from New York to Sydney by a commercial airline, and the second time for London to Sydney according to Qantas.